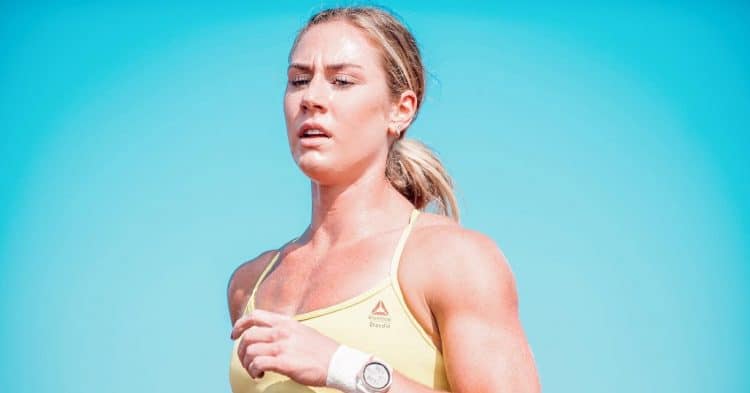 Brooke Wells was only 19 when she began competing on the international stage at the CrossFit Games. Now, at 25, with a fifth-place win in the Fittest on Earth® competition under her belt, she’s announced a training change. Brooke Wells may well just have the number one spot in her sight after coming so close to it this year.

The training change may be just the thing she needs to take her games to the next level.

Having coached Brooke to get to her fifth-place win at the 2020 Reebok CrossFit Games, Ben Bergeron can hold his head high. The move for Brooke appears to be an amicable one, with Ben noting in his post he has nothing but compliments for his former athlete. He finished the post with the hashtag #hopeshekillsit, before saying she “always has a friend, fan, and home in Boston. – Love ya.”

“For 4 years I have had the privilege of being Brooke Wells’ coach. I’ve been inspired and captivated by her talent, hunger, willingness to work, competitiveness and toughness. I have enjoyed watching her develop into a true professional, podium tender, and friend. But Brooke has let me know that the time has come for her to explore new opportunities with a new coach and I wish her the very best. #grateful #hopeshekillsit”

Brooke’s fifth-place finish at the 2020 Reebok CrossFit Games was her personal best in her career. The one event she placed first in was the Handstand Sprint, which came as no surprise to anyone that’s seen Brooke go move with her hands. She makes it look like she was born doing that and doesn’t know any other way to walk.

In most cases, losing a Brooke Wells-level athlete is crushing to any coach, but Ben Bergeron is taking it with stride and with pride. He is still working with many of the other top names in the sport, including Katrin Davidsdottir and Samual Kwant.

Iceland’s Katrin Davidsdottir made it to the podium with a second place win for Fittest on Earth® on the women’s side. Samual Kwant also made it to second place on the podium for the men’s side. Bergeron is also still coaching other possible contenders for next year which include Amanda Barnhart and Cole Sager.

Brooke Well’s manager Matt O’Keefe has chimed in on the subject, saying nothing more than Brooke is enjoying a little bit of the off-season and recovering from the Games. He hinted that she will have an announcement about her future plans at a different time.