Ronnie Coleman gives his thoughts on Phil Heath's return at the 2020 Mr. Olympia, and the chances of Big Ramy, and Brandon Curry winning the show 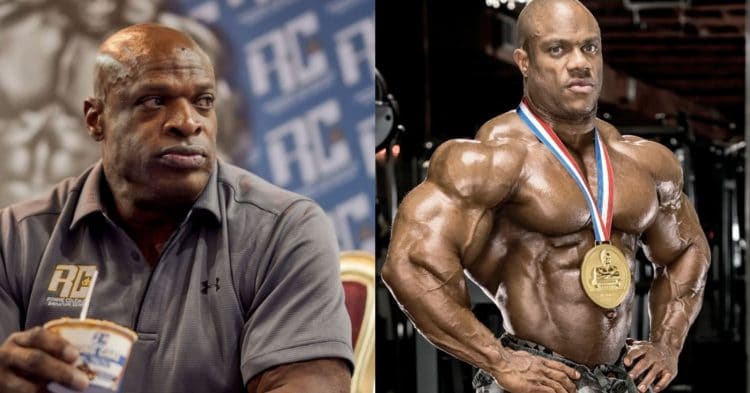 With the 2020 Mr. Olympia rapidly approaching, fans are wondering if a returning Phil Heath will be able to win his eighth title. However bodybuilding legend Ronnie Coleman does not necessarily like his chances of accomplishing that.

Without a doubt, Coleman is on the shortlist of greatest bodybuilders of all time. He holds an incredible amount of accomplishments on his resume, but the most notable is his eight wins at the Olympia, a number that has only been matched by one other man. This is company that Phil Heath hopes to join, when he returns after more than a year on the shelf, in the efforts to capture his own eighth title.

However Ronnie Coleman is not exactly liking Phil’s chances of winning the 2020 Mr. Olympia. Speaking in a recent interview, the bodybuilding legend explained that he feels like the length of time that Phil has been away has really hindered him. Not only that, but he says that Heath was already on the decline before he took time away, so the break has only made things worse.

“I would have been more excited last year,” Coleman explained. “This year its kind of hard to predict, where he had that whole year off and had time to relax and not be a motivated and not be as focused. It’s hard to get that back. I remember when I was doing it, and I stopped. I kept saying ‘I’m going to go back next year, I’m going to go back next year,’ and I never made it back because I never got that mindset back. I’m looking at it like these guys, they’ve been running this race and they’ve been out front all this time. They never stopped like Phil did, so they’re ahead of him a little bit. Phil’s got a little catching up to do.

“That’s where Brandon (Curry) has that edge at,” Coleman continued. “He never stopped and he’s going to get better every year. Phil, he’s on the decline. He got beat, so that tells you something. Your body doesn’t get newer, it gets older. Nobody beats Father Time. Mentally you’re there, but your body isn’t. And there’s nothing you can do about that.”

Someone who has piqued the interest of Ronnie Coleman is Egyptian bodybuilder, Big Ramy. Ramy has looked much improved recently, and after earning a special invitation to the Olympia, he has promised to keep getting better. Ronnie seems to think that this is possible, and that Ramy has been looking solid lately.

“Big Ramy’s made some big changes,” Coleman said. “He looked a lot better (at the 2020 Arnold Classic), he looked a lot harder, seemed to find his conditioning. That’s been his biggest issue his whole career, but once you start solving those problems like that, you get on this big roller coaster. You pretty much solved your issues, and now its time to start stepping up.

“Ramy ain’t got that far to go,” Coleman continued. “2nd to 1st ain’t going to be nothing but a cakewalk for him.”

All in all, Ronnie Coleman tends to lean towards the idea that Brandon Curry will be able to win the 2020 Mr. Olympia. However he would not surprised to see some big performances from Phil Heath, Big Ramy, or William Bonac. That being said, he makes good points about the possibility of Heath looking less than ideal when he returns.