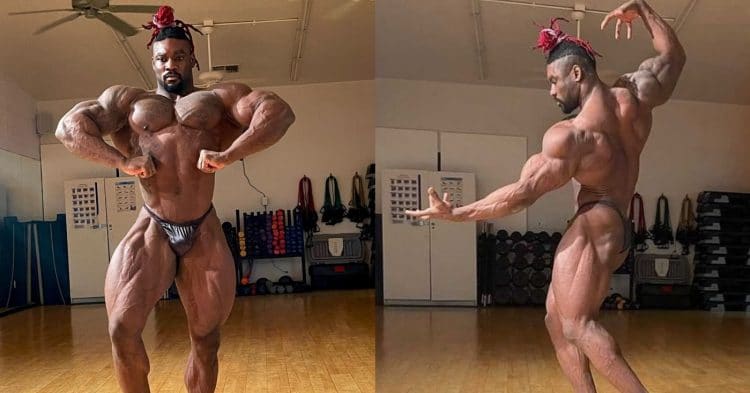 The Classic Physique division has been gaining a lot of traction among bodybuilding fans in the last few years. It is clear that Bryan Jones is adding to that stacked division, as he heads into the 2021 Mr. Olympia.

Jones burst onto the scene in 2020, by coming in fifth place at his debut on the Olympia stage. From there, he has been getting better and better, leading some to believe he could possibly hold the title of Classic Physique Olympia champ sometime in the near future.

Judging by the recent physique updates he has been posting to Instagram, that time could be coming sooner, rather than later. His most recent update sees him hitting a pair of poses, about two and a half weeks from the Olympia, looking like he is ready to bring an even more impressive package to the stage this year.

Of course, as is always the case when it comes to bodybuilders posting to Instagram, it is important to remember that he got to pick which photos he uploaded, making sure he looks how he wants. That being said, it is clear that he has been grinding in the gym, working on making the improvements needed to contend with the best in the world.

Bryan Jones is going to have a big chance to prove himself the week before the Olympia, as he is set to take on the Arnold Classic. He will be stacked against a who’s who of talent, including prospect Logan Franklin, and 2020 Olympia runner-up Terrence Ruffin to name a few.

Fans will have to wait until this weekend, on September 25h, to see him on stage and realize just how far he has come. That being said, he has to be one of the favorites to win this contest, if his social media posts are any real representation of his current physique.

There is a lot to look forward to in the Classic Physique division as it really starts to mature into a deep pool of athletes. That being said, when considering who the elite are in this division, you would be remiss to leave out the name Bryan Jones.