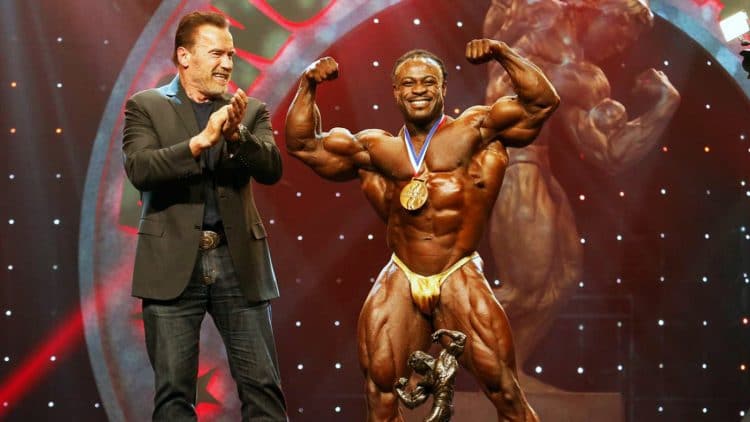 The 2021 Arnold Classic goes down in Columbus, Ohio, on September 25th. A little more than three months out from the contest, the athlete list has been revealed for all divisions.

It seemed uncertain that the Arnold would be taking place this year, especially when other versions of the contest were canceled. Nevertheless, it was announced that the contest would take place in late September, which at the time of writing, makes it a qualifier for the 2022 Olympia, instead of the 2021.

That leaves the question of which athletes will be showing up to the Cleveland Convention Center to compete. A current competitor list was revealed by the officials overseeing the contest, with the list being posted on Instagram.

There are several notable athletes competing at the 2021 Arnold Classic. This was to be expected, given it’s close proximity to the Olympia, which takes place October 7th-10th.

The Men’s Open Division is insanely stacked, with numerous people who are already qualified for the 2021 Olympia signed to compete. Among the athletes to watch are William Bonac, Sergio Oliva Jr., and Iain Valliere, but this is truly one of the most stacked Open lineups in the contest’s history.

Classic Physique will also pack a punch, with prospects and Olympia contenders alike attending the 2021 Arnold Classic. Olympia vets like Alex Cambronero, Logan Franklin, Dani Younan, and Terrance Ruffin will all be battling for that top spot.

In the women’s side of things, the Bikini Division is always entertaining. Here we can see Elisa Pecini, Ashley Kaltwasser, and Jenn Dorie going head to head, in what will almost certainly be a close contest.

The Fitness Division portion of the Arnold Classic competitor list features some more big names in the sport. The entire top five from the Olympia last year will be featured here, including champ Missy Truscott.

Stay tuned to Fitness Volt for more updates, as this roster changes.