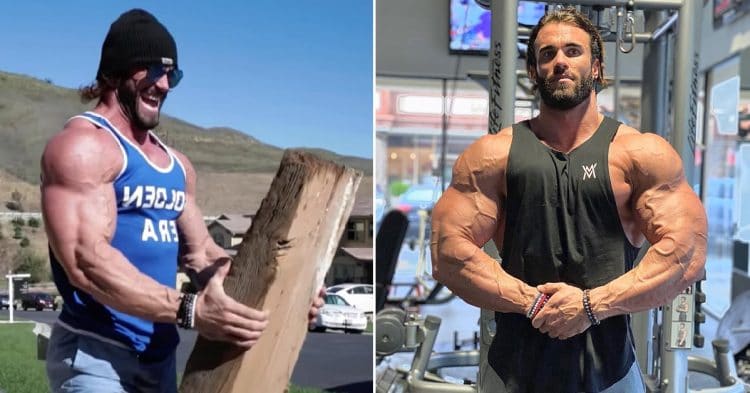 Being stuck at home seems to be only a minor inconvenience for Calum Von Moger. He showed his fans recently that he is still able to get in some really solid shoulder work, without leaving his house.

Von Moger has worked hard to earn himself a strong following over the years. From his role as a young Arnold Schwarzenegger, to his growing YouTube channel, he has become a popular face in the bodybuilding community. This is impressive, since he has not competed in several years.

In fact, Von Moger was preparing to make his return to competition, when this global health crisis started. Now that things seem to be getting more and more serious, Calum is stuck at home for his workouts, like most of us. However, as he showed in a recent video to his YouTube channel, this was not a problem for him.

In the video, Calum Von Moger is joined by the the Turbo Twins, Gabe and Jesus. Together they decided to get a shoulder workout in, using the weights Calum has on hand. Not only that, but they find ways to improvise for the tools that they are lacking.

Check out the video of this crazy workout session:

For what it’s worth, Von Moger gets a pretty solid workout in, despite the limited set up. Sure his weights were a little rusty, but they certainly got the job done. Moreover, when those were not enough, he managed to find a way to use a giant plank of wood and a motorcycle tire to finish the job. All things considered, this is not a bad setup he has going.

Calum Von Moger concludes the video by explaining that he and the Turbo Twins will likely do some more work together, before the ability to return to the gym is given to them. If they continue to do work like this, it is sure to be some good sessions.