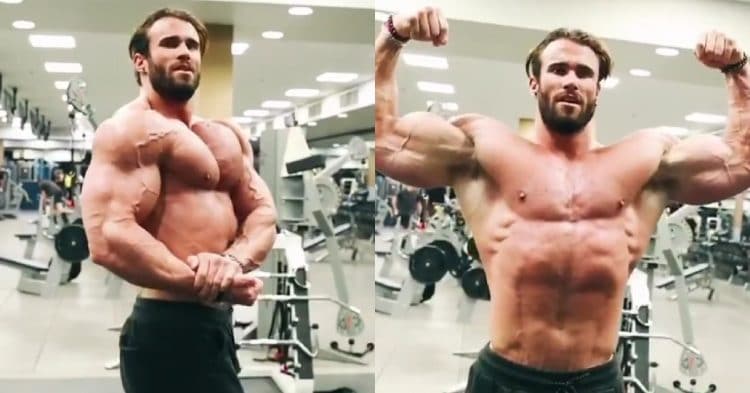 Calum Von Moger is set to make his long awaited return to the bodybuilding stage. Just over a month before his comeback, he gives a preview of the package he will be bringing to the stage, and it is impressive.

Von Moger is one of the most popular bodybuilders in the world today, despite his limited competition history. It has been more his ventures into social media influencing and other content off the stage, which has garnered him a loyal following. Nevertheless the desire to see him compete again has been consistent, even throughout a terrible string of injuries.

The wait is nearly over, as Von Moger recently revealed that he would be returning to competition. Moreover, he is said to be competing at the Jay Cutler Classic, going down on April 11th. This is a comeback that has been four years in the making, and he is excited to return.

Five weeks out from the contest, Calum Von Moger has been putting in some serious work. He posted an update to his Instagram, showing how his physique looks, just over a month away from his comeback. It is safe to say he has not been letting recent rumors  interfere with his training.

Calum looks absolutely massive in these clips, which is not surprising. What is surprising however, is how much better he looks compared to two weeks ago.

He shared a video to his YouTube, showing off his workout.

Don’t get it wrong, Calum Von Moger looks simply jacked in both clips. However he seems to be peaking just in time for the Jay Cutler Classic, next month in Vegas. Fans have been excited to see the return of this talented athlete. All signs are pointing to the idea that this will be well worth the wait, as he seems to be working hard to prepare for this moment.

Leangains Diet: Is This Diet And Exercise Plan Right For You?