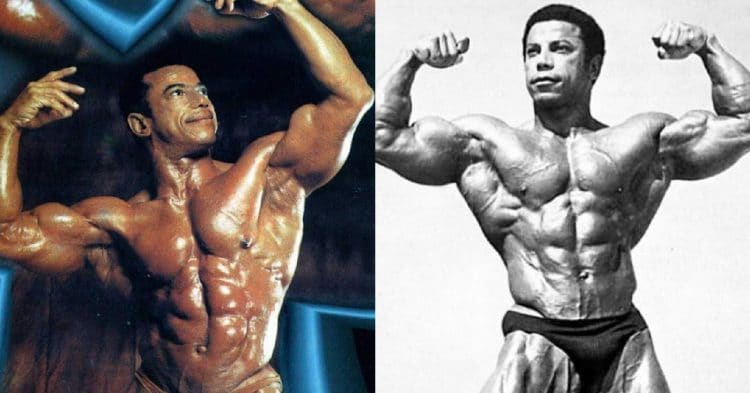 It is safe to say that 2020 has not been easy on any of us. Despite having a slew of setbacks, Mr. Olympia winner Chris Dickerson has been able to persevere and stay positive as he celebrates his 81st birthday.

Competing as a bodybuilder for nearly three decades, Dickerson was considered one of the legends of the golden era. He had many impressive wins over the years, but most notably won the 1982 Mr. Olympia. Not only that, but he was also able to be the runner up in two other years, cementing himself as a solid source of inspiration for the next generation of bodybuilders.

Unfortunately, it seems that Chris Dickerson had his hands full with some terrible situations recently. In March he had a fall at his home, resulting in a fractured wrist. While in the hospital, he suffered a heart attack, leaving him in need of a pacemaker. Then, as if this was not enough, he contracted COVID-19 while in a care center. However, he has been able to recover to a certain extent, just in time to celebrate his 81st birthday.

As many of you know Chris Dickerson fell at his home in March of 2020, and suffered a factured hip. After surgery, he experienced a massive heart attack and was put on a ventilator in the ICU. Following several days and failed attempts to bring him off the device, he received a pacemaker.

Surviving this, Chris was moved to a care facility for rehabilitation, where unfortunately, he contracted Covid 19. Again, he won another life-theatening battle.

Proudly, on August 25, 2020, Chris plans to celebrate his 81st birthday. Please help us wish him the Best of Good Wishes for that memorable day….and going forward.”

CAUSE FOR CELEBRATIONAs many of you know Chris Dickerson fell at his home in March of 2020, and suffered a factured…

This is beyond a ridiculous string of bad luck for Dickerson. Bodybuilding great Shawn Ray was among the many people to comment on the Facebook post. Here, he sent Chris well wishes, while noting how big of an influence Chris had in his life.

“Bill please give Chris my regards.
He was an early mentor & inspiration for me after he won the ’82 Olympia. I met him in ’83 and we worked out in ’84. He set up my 1st photo shoot with John Balik as a teenager
💪🏾
I’ll never forget how grateful I was to him for that 🙏
Thanks champ, get well soon Mr. Olympia” 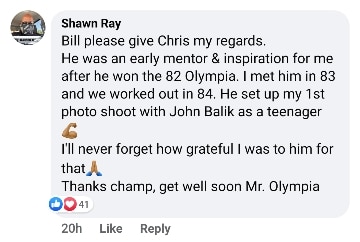 Considering that the current global health crisis most effects people of a higher age group, it is especially impressive that Chris Dickerson has been able to recover, to the extent that he has. FitnessVolt is sending him positive thoughts, and wishing him a happy birthday.