The famous actor Chris Hemsworth has shared a no equipment burner workout ahead of the new year. 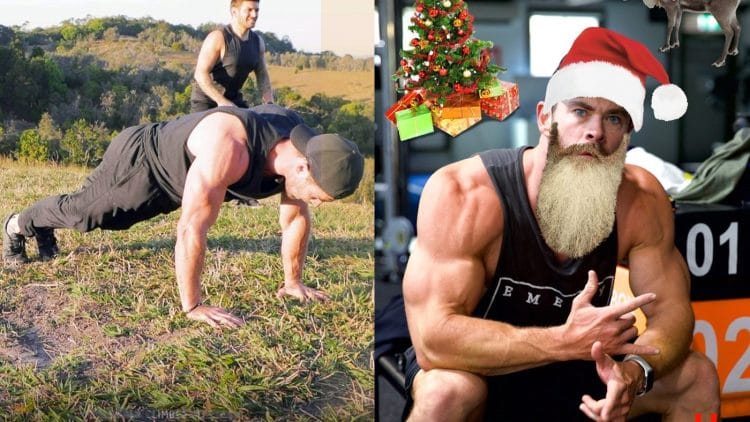 Chris Hemsworth might be one of the most famous actors in the world, but that doesn’t mean he isn’t trying to prioritize his health around the holidays, like most of us attempt to do. The Australian actor took to social media and shared a no equipment burner workout that looks to be helping him stay in shape in preparation for the new year.

As one of Hollywood’s most thrilling action stars, Chris Hemsworth understands that staying in shape and eating healthy are important ingredients to his success. Hemsworth is no stranger to undergoing physical transformations for movie roles.

While still in production, the movie, “Extraction 2”, requires Hemsworth to play a fit mercenary. Hemsworth has taken the role seriously and utilized CentrFit, a lifestyle app that tracks food, sleep, rest, and other factors that can be measured to help promote healthier lifestyle choices.

Chris Hemsworth is adamant about staying in shape for the new year. Recently, the Australian actor shared an intense workout on social media that involves no equipment, so anyone is welcome to try it out.

“Try this little no equipment burner before you hit the champagne on New Years 💪🏻
Rest 20 seconds between exercises.
Do 2 x rounds total, with 1-minute rest between rounds.

Chris Hemsworth has been lauded by fitness enthusiasts for his commitment to staying healthy with exercise. With the new year approaching, Hemsworth recommends that anyone participating in his CentrFit workout go through all of the exercises for two repetitions. In addition, the Hollywood celebrity insists on taking a rest between each round too.

After appearing as Thor in the hit film series, including “Thor: Ragnarok”, fans far and wide have taken notice of Hemsworth’s incredible physique.

The Hollywood actor has been featured in Men’s Health magazine and other notable publications geared towards health, diet, and fitness. If you’re looking to get in shape for the new year, give Chris Hemsworth’s CentrFit exercise routine a try, as it requires no equipment so it can be done just about anywhere.