Craig Foster is causing quite a stir in the training room with a squat triple of 804 pounds. 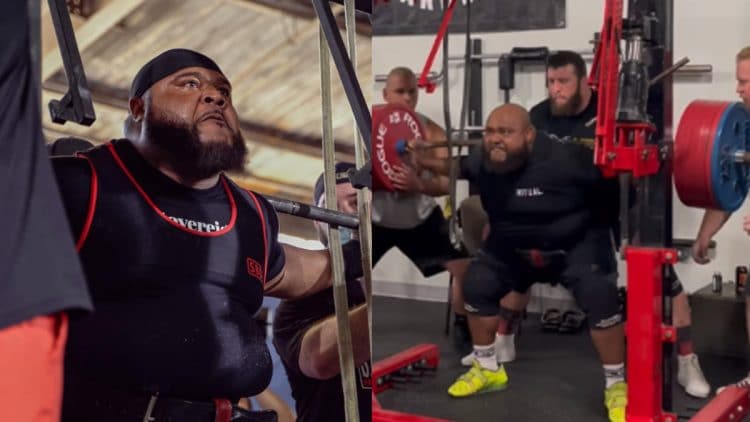 Craig Foster’s squat prowess is unquestionable, as he holds the Third-Heaviest Official Raw Squat of All-Time. However, even when he is not in his peak shape, Craig is still able to toss around some massive weights in the gym. This was the case recently as Craig Foster shared a new off-season squat triple PR of 804 pounds (364.7 kilograms) on his Instagram.

Craig’s three rep squat is considered raw by powerlifting standards, as he only used a lifting belt and knee sleeves to aid him in the lift. This was his heaviest squat session since he competed in the 2022 WRPF Ghost Clash in February.

Craig Foster has more than 20 weeks until his next competition. He is currently in his off-season. Considering Craig’s starting point this season, it will be quite impressive to see what he will lift at that competition. He did not specify his exact weight at the time of the lift, but Craig usually weighs around at 360 pounds in competitions.

“Big Off season PR. Got plenty of time to clean this up. I like where I’m at, this far out from a meet. Got 20 plus weeks to build back 1k squat again.”

Craig Foster has been making moves in the powerlifting scene since his first competition in 2017. By now, Craig has taken part in 9 sanctioned meets, and won four of them. His best placings have never been outside the top 3, and he competed in the highest level competitions.

All of Craig Foster’s raw competition PRs were set at the 2021 WRPF The Bucked Up Showdown, which took place in September 2021.

Relative to his other lifts, Craig Foster’s deadlift seems to be his weakest event. By improving his deadlift, Craig Foster could set one of the greatest raw totals in powerlifting history.

The +140-kilogram weight class is loaded with incredible squatters this year, but Craig Foster is arguably the strongest of them all. His recent squat triple with 804 pounds is absolutely spectacular, and to think that Craig has yet to start his official preparation seems unfathomable. Despite the fact that we do not know what competition Craig plans to participate in, we do know he will be aiming for a squat greater than 1,000 pounds.