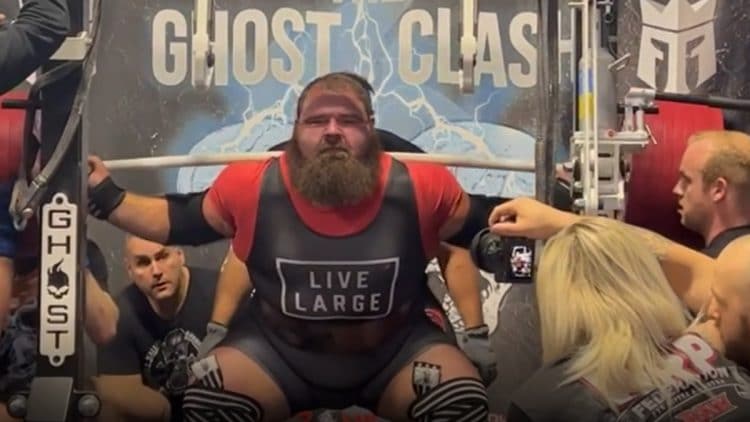 Daniel Bell, one of the greatest powerlifters in the sport’s history, is back to competing after a difficult year in terms of injuries. Bell took part and won the overall raw w/wraps division of the 2022 WRPF Ghost Clash, which took place on February 13th, 2022, in Miami. He had some kidney problems and suffered a hamstring tear last year, and has only trained for two months to prepare for this competition.

“Really makes me hungry to get back under 500 kg.”

Daniel Bell won the overall wraps division with a WILKS score of 612.533. Only one other competitor got a score of over 600 WILKS, which shows how good of a performance Bell put up. He also got $5,000 of prize money.

Courtesy of Alpowerliftingtv YouTube channel, you can watch all his lifts here:

Daniel Bell is a 35-year-old veteran of the sport who has had a lot of success and accomplishments throughout his career. His first sanctioned competition was in 2005, although he didn’t start seriously competing until 2014. He has won numerous American National Championships and usually competes in the raw or wrapped categories. Daniel also holds Three All-Time World Records, and he is in a handful of people that have squatted over 1000 lbs (453.6 kg) raw.

Since Daniel also competes in the squats with wraps category, his competition PRs in this category are:

Daniel Bell was a great addition to the roster for the 2022 Ghost Clash. He is almost back to his best, and with a bit more training, he could break the world record again.