Former competitive bodybuilder Craig Golias explains why he has no interest in competing again, and discuses his freaky physique 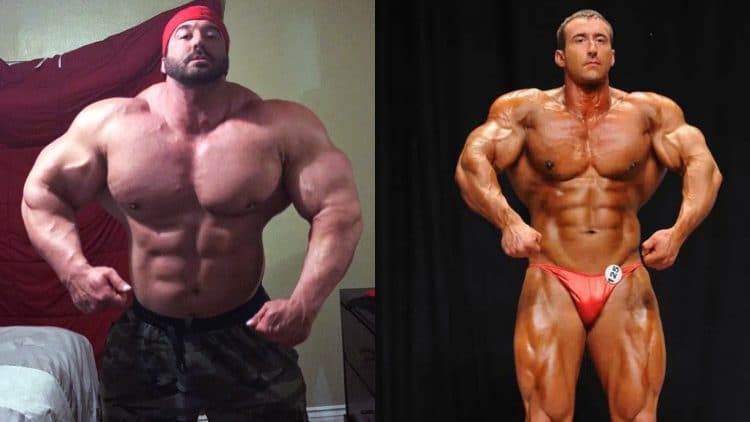 Craig Golias has made a name for himself in the bodybuilding world and outside of it, for his mass monster physique. Despite having this huge size, he says that he will likely not compete on stage ever again.

Standing 6-foot-3 and weighing upwards of 360lb, there is no way to describe Golias, other than to call him an absolute mass monster. He has astonished fans for years, with his larger than life physique that seems like something out of a cartoon, but is in fact the product of years of hard work, and supplementation.

Before he was a social media sensation, Craig started off in the world of bodybuilding, competing in a handful of NPC shows during the early 2000’s. Despite his insane physique, and the fact that he is still only 37 years old, he revealed in a recent interview that he will likely never compete on stage again.

“I kind of lost interest in the competing thing. I’m the type of guy where I like videos, if I’m looking for motivation I’m looking at off-season bodybuilders. I just like that massive look. Obviously leaner and tighter,” Golias said.

“As far as jumping on stage, I lost interest a long time ago. I did one more show in 2013, because I started a supplement company. I had a good investor, they were like ‘We like your look, you’re big, you’re young,’ and they put a lot of money behind me… so I decided I needed to get in shape for photos. I kept on f—king up with the cardio and s—t, I just said okay, I’ll do a show.

“It was the LA, 2013. I went against Breon (Ansley) for the overall, that was funny. Breon and Matt Porter, and that was the super heavy. So that was kind of a cool way to go out,” Golias added.

That said, even though he is not competing anymore, Craig is still an absolute mass monster with a freaky physique. That begs the question as to why he is able to stay motivated, if he does not have a goal to march towards, like a contest.

For Craig Golias, he says that he is motivated by the fact that he loves just being absolutely enormous, and wants to push his body to its absolute limits. He says that he gets money and makes a living just from being huge, and that’s enough for him.

“I’m doing pretty good, brother. I’m making more money than I ever have in the last couple of years, just being big,” he said.

Craig Golias Has A Huge Body And Tiny Head

Over the years, a lot of people have questioned the legitimacy of Craig Golias and his physique. The big reason for that, is how small his head looks in comparison to his body during most of his pictures.

While a lot of people think this means he is photoshopping and shrinking his head, there are plenty of videos that prove this is not the case. When asked about this, he explained that he is able to put his head behind his chest in a way that just makes his body look insanely bigger.

“The thing with the little head is, there’s a way of doing that. I have a really big upper chest shelf, so what I do is I put my head behind it, and I put my arm out closer to the camera.

Dude, it makes your head look nonexistent. It freaks people out, they’re like ‘Where the— why is your head so little?'” Golias said.

“When I’m on point, my chest shelf gets really — I have videos too, you can’t photoshop videos. I have videos of my chest, and you can just see it popping out.

Little head or not, Craig Golias has one of the freakiest and biggest physiques in the world. It does make one wonder how he would look on stage, if he put focus into bodybuilding, and competed with another mass monster like Big Ramy or Phil Heath.