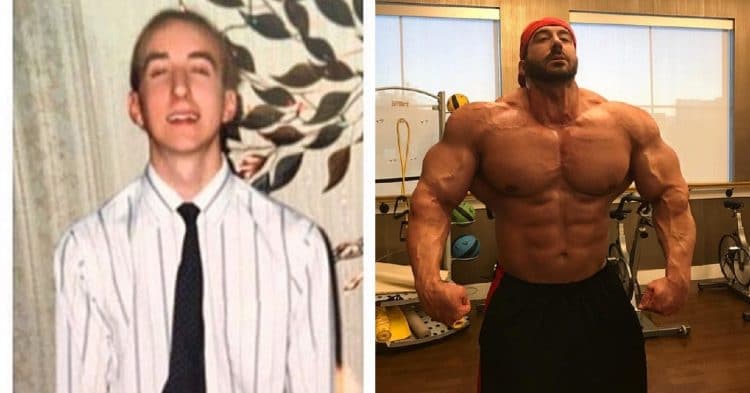 There are plenty of inspiring stories of physical transformations for bodybuilders. However few are as awe-inspiring as the one that Craig Golias went through.

Born in Ohio, Golias was always a bit of a scrawny kid. He grew up to be about 6’3, with a solid frame, but he only weighed around 150lb. He was not happy with his physique, so he decided to work hard to change that. Hitting the gym, he slowly began to build up his body, eventually working to add a whopping 200lb of muscle to his frame.

As incredibly impressive as the transformation of Craig Golias has been, it has not come without it’s controversies. First off, many people have accused him of using steroids to get his unreal gains. To that fact, he has never actually claimed to be clean, and even with steroids it clearly took a ton of work and dedication to get the way he is. Performance enchantment may things a little easier, and they are certainly a controversial method of packing on size, but he still has to take the time in the gym to get as huge as he is, earning the nickname “The Hulk” for good reason.

Another point of contention comes from the concept of what Craig Golias represents, which is the idea of building your body to the max. Just like body dysmorphia can leave victims feeling like their bodies are bigger than they actually are, even if they are unhealthily skinny, it is possible to have this effect on the opposite spectrum, where a mass monster like Craig does not feel he is big enough. So a big portion of his critics point to his incessant need to bulk up as much as possibly can.

Another thing that people look at as a concerning thing about Craig, is the health aspect to his massive size. Even Craig himself has been openly honest about the possible mental and physical side effects to keeping his bodyweight between 350-360lb of almost entirely muscle. However he does not seem to care too much, instead opting for this lifestyle with passion, and not being concerned about the long-term effects, whatever they might be.

Controversial or not, there is no denying the work that Craig Golias put in to build up his physique to the point that it is today. Not only that, but this has led him to a career as a coach, and nearly half a million followers on his Instagram. There just comes a point where you have to just accept that this is how he chooses to live his life.