Creatine is one of the most popular sports supplements on the planet. It’s been around for several decades and has been heavily researched and proven to work. But, did you know there are several types of creatine, each with different characteristics? In this article, we compare creatine monohydrate with creatine HCL, so you can choose the best one for your needs. 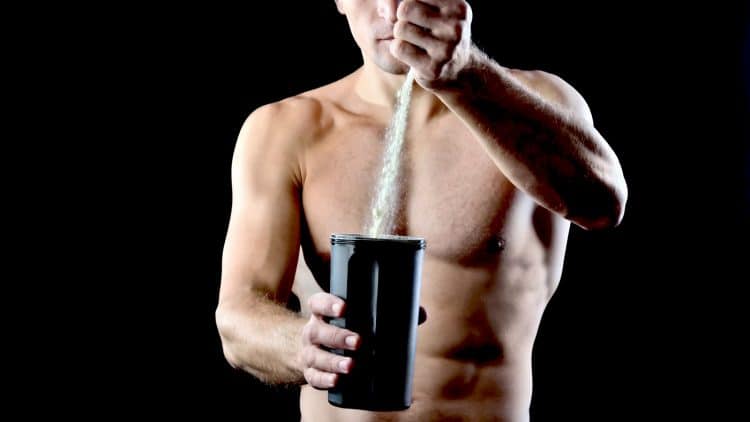 Whatever your training goal is, you’re going to have to work for it. Even easy-gaining mesomorphs have to work hard to build muscle. Determination, dedication, and perspiration are crucial for getting fitter, stronger, leaner, or more muscular.

Ultimately, your body is very resistant to change and would prefer to stay as it is. To sculpt your muscles or get lean, you literally have to bully your body with intense, consistent workouts.

As well as paying your dues in the gym, you need to support your workouts with plenty of rest and a nutritious diet. After all, it’s only when you rest and sleep that your body recovers from your workouts, and the food you eat provides the energy and nutrients necessary for repair and recovery.

In straightforward terms, if you don’t train hard, eat well, and get plenty of rest, your progress will be slow at best and non-existent at worst.

But, if you’ve got these bases covered, there are other things you can do to enhance your progress – sports supplements being one of the most obvious.

One of the most effective and popular supplements on the planet is creatine. It’s been around for almost four decades, which is a good indicator that it really works. If you are looking to enhance your progress, creatine can definitely help.

But, should you use creatine monohydrate or creatine HCL?

In this article, we put these two popular creatine supplements to the test and reveal the benefits and drawbacks of each one.

Contrary to what some people may think, creatine is NOT a steroid. It’s actually a naturally occurring substance made within your muscles from two amino acids – glycine and arginine. Not only does your body make creatine, but it’s also present in most animal proteins, i.e., meat, poultry, and fish. Taking supplemental creatine increases the amount of creatine in your muscles, and that can be very beneficial.

Your body needs food for energy. However, carbohydrates, fats, and proteins are all eventually converted into a universal source of fuel called adenosine triphosphate, ATP for short.

When broken down by an enzyme called ATPase, ATP releases a burst of energy and becomes adenosine phosphate or ADP. ADP does not contain any useable energy and needs to be turned back into ATP to be useful.

Creatine phosphate (CP) gives up a phosphate molecule to turn ADP back into ATP, but your stores of CP are pretty limited. Creatine supplementation helps increase your CP stores. Using creatine means you are better at turning ADP into ATP, which delays fatigue and increases energy and recovery (1).

Creatine has been in use for close to 40 years. This is probably the best indicator that it actually works. After all, people quickly stop buying supplements that do not produce results. Creatine has also been the subject of a huge number of studies.

The benefits of creatine use include: 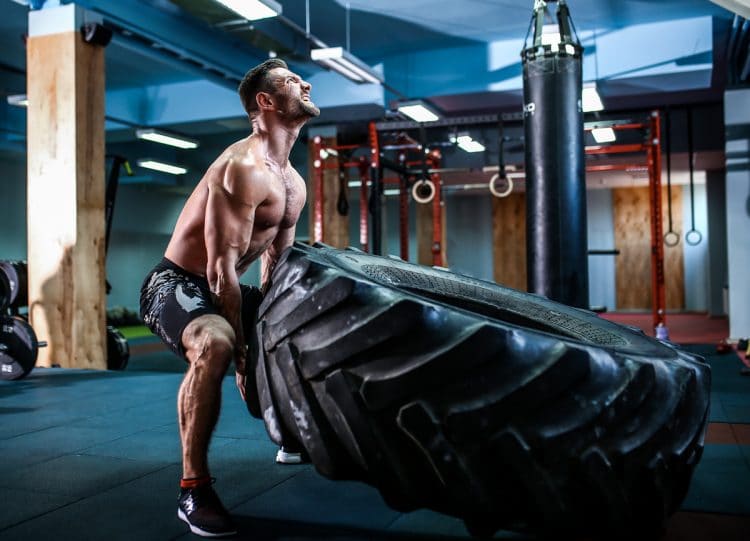 Creatine isn’t just good for exercise performance; it has several health benefits too, including:

For most people, creatine is hugely beneficial and very safe to use. However, there are a few drawbacks to consider, including:

However, creatine does NOT have a negative effect on the kidneys and isn’t addictive. Nor will creatine trigger increased aggression. These are creatine myths. Even in large doses, taken for years at a time, creatine has been shown to be very safe (2).

Read more about the benefits and drawbacks in our article Is Creatine Bad For You?

But what IS creatine monohydrate?

Creatine monohydrate is a crystalline powder made by combining a creatine molecule with a single water molecule, so monohydrate means one water. This form of creatine is very hydrophilic, which means it loves water. Creatine attracts water, so using it causes a rapid increase in body weight and muscle size.

Water is also drawn into the joints. This may lead to less joint pain, which can be a welcome benefit for some exercisers.

On the downside, using creatine monohydrate does present a few drawbacks, including:

Needs to be loaded

Creatine monohydrate takes time to accumulate in your muscles. Most people follow a loading protocol to speed up this process. To load, users typically take five five-gram doses of monohydrate per day for 5-7 days, and then a maintenance dose of 3-5 grams per day after that.

While rapid weight gain is an advantage to some users, it isn’t for others. Retaining water in and around your muscles may leave you looking smooth and bloated. The leaner you are, the more noticeable this effect is likely to be.

Creatine monohydrate draws water from the outside of muscle cells to the inside, which may cause cramps. Because of this, creatine users may benefit from a potassium supplement and should stay hydrated.

A few creatine users experience stomach upsets with creatine monohydrate. This is mainly an issue during the loading phase and should abate when the daily dose is reduced to five grams a day.

It will take a week or so for enough creatine to accumulate in your muscles to have much of an effect. This can be disheartening for some people, especially anyone looking for quick, noticeable results.

It’s worth noting that most of these drawbacks can be minimized or avoided by not taking too much creatine. Use our free online creatine calculator to determine how much creatine monohydrate you should use.

The increased solubility of creatine HCL offers a few advantages over creatine monohydrate, including:

Creatine HCL attracts less water than monohydrate. While water retention can be beneficial for some users, making your muscles bigger, looking smooth, or bloated is a significant drawback for others. Creatine HCL causes much less bloating.

Creatine HCL is absorbed as much as 38 times more efficiently and accumulates in your muscles faster. As such, you will feel it working sooner, and there is no need to load HCL as it starts working almost instantly.

A small amount of creatine HCL goes a long way. Smaller doses mean your purchase of HCL will last longer, and the side effects normally caused by loading are much less common.

While you should always follow the manufacturer’s directions when using any supplement, most creatine HCL products prescribe 1-2 grams per 100 lb. of bodyweight per day. This is less than half the recommended amount of creatine monohydrate.

There aren’t many drawbacks to using creatine HCL. In fact, it’s much less likely to cause the unwanted side effects usually linked to creatine use. However, the main downside is the price – creatine HCL is usually 2-3 times more expensive than monohydrate.

But, it’s worth remembering that with no need to load and a smaller daily dose, your purchase of HCL should last longer, so maybe the price difference isn’t actually that significant.

Creatine monohydrate and creatine HCL have the same basic effect; they boost your creatine phosphate stores so that you can train harder and longer than usual. The main difference is that HCL is absorbed better, which means it starts working sooner.

If you want to save money, aren’t in a hurry for your creatine to start working, and aren’t bothered about some bloating or water weight gain, tried-and-tested creatine monohydrate is probably your best bet.

However, if you want to cut down on unwanted side effects, would prefer not to go through a week-long loading phase, or want your creatine to start working sooner, HCL is the one you want. However, these advantages come at a price, and HCL is usually 2-3 times more expensive than monohydrate.

Ultimately, both monohydrate and HCL can help you reach your training goals sooner, and it’s really a matter of personal preference as to which one you should use. Experiment with both and see which one you like best.

Remember, though, for any supplement to be effective, you need to pay your dues in the gym, support your workouts with a healthy diet, and get plenty of rest too. Supplements should be an addition to and are not a replacement for hard work!

If you’re a workout fanatic, then you have heard about beta-alanine before. You may have taken it without realizing it,...

How Much Water Should You Drink While Taking Creatine?

Creatine has a unique place in the bodybuilding community's heart. It is one of the most researched yet controversial supplements...

Creatine vs. Pre-Workout: What Are They and Which is Right for Me?

With so much information available surrounding nutritional supplements today, it can be hard to decide which supplements are right for...