The 27-Year-old made history with an impressive performance at the Tokyo Olympics. 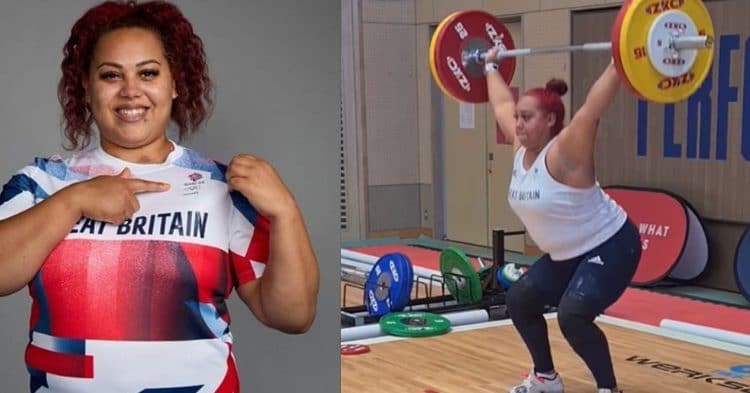 The Tokyo Olympics has been quite the spectacle thus far with the world’s best athletes competing and representing their countries. One of them was 27-year-old Emily Campbell who made her homeland proud by becoming the first female weightlifter to score a medal (silver) for Great Britain, on Monday, August 2, 2021.

Campbell turned in a 122 kg (268.8 lbs) snatch and 161kg (354.9 lbs) clean and jerk that gave her a 283kg total (623.9 lbs) in the 87+ kg category. The Nottingham native also happened to beat out veteran Olympian and Games medalist Sarah Robles (third place) from the United States, and by a single kilogram.

This was Campbell’s first Olympic Games appearance and one she’ll never forget, especially coming from behind and nailing her final clean and jerk attempt to secure a spot in the history books.

Emily Campbell – you are brilliant!

Coming into the Olympics, Campbell boasted an impressive personal best clean and jerk of 154kg (339.5 lbs). However, she convincingly eclipsed that which is even more impressive under the bright lights.

Ultimately though, it was 21-year-old Li Wenwen from China who’d finish atop the podium with a champion-caliber performance. She scored a 140 kg (308.6 lbs) snatch and 180 kg (296.8 lb) clean and jerk) and there was certainly no topping that.

We also cannot forget about Laurel Hubbard’s participation in the women’s 87+ kg category. Hubbard drew lots of attention after being the first transgender weightlifter confirmed to compete at the Olympics.

The decision was incredibly controversial but per the rules, Hubbard was allowed to compete in the women’s division. However, the trans weightlifter failed all three of her snatch attempts and that was a wrap for her Tokyo Olympic Games appearance.

Related: Weightlifter Emily Campbell Defends Laurel Hubbard In Olympics: ‘She’s A Human Being And She Has Feelings’

Campbell won the bronze medal at the 2018 Commonwealth Games competing in the women’s 90+kg category. Then in 2019, she took third at the 2019 European Championships.

But her best performance so far came in early 2021 when she won gold and became the European champion in the 90+kg category.

Of course, making history at the 2020 Tokyo Olympics may have been just as satisfying even if she was the runner-up. The world got to witness her amazing performance.

What’s she’s been able to accomplish in such a short period is nothing short of astounding.

That’s a wrap for women’s weightlifting at the Tokyo Olympics and it was an impressive showing by these elite athletes. Emily Campbell had a historic performance that made headlines and she made all of Great Britain proud.

We’ll be sure to keep you updated on other events at the Tokyo Olympics.