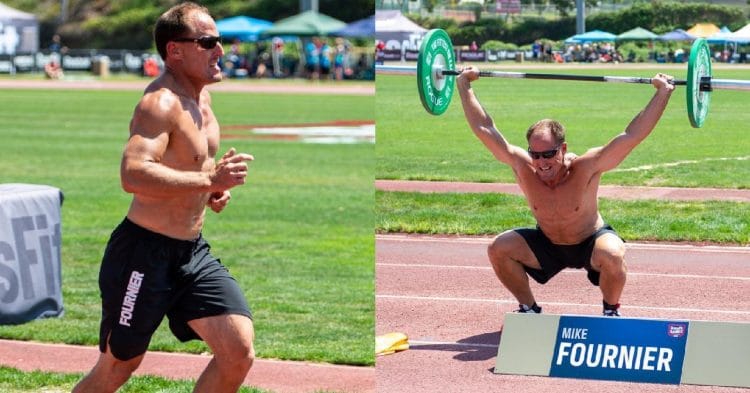 Some heartbreaking news has shocked the CrossFit community. Games veteran Mike Fournier has tragically lost his life while attempting to fight the wildfires that are ravaging California.

Having competed in the sport since 2012, Fournier was quickly able to qualify for the CrossFit Games. He took part in the 2013 event, and was actually fairly successful. Competing in the Masters division (45-49 years old), he managed to finish the contest in the third place position, landing on the podium in her first attempt.

According to reports, the 52-year old Mike Fournier passed away on August 19th, while trying to fight forest fires in California. Mike, who was also a helicopter pilot, was using a chopper to drop water on the fires when his helicopter crashed, resulting in his loss of life. He was the only person onboard the air craft.

According to the reports, Mike went down a few miles south of Coalinga. Subsequently, a search and rescue team of 14 individuals, with the help of a bulldozer, began looking for his crash site. After six hours searching, they were finally able to find the location where his helicopter was, recovering his body.

This is beyond heart breaking news, especially for the family of Mike Fournier. He is survived by a wife and two teenage children. A GoFundMe has been set up to raise funds for the family, in order to help them through this difficult time.

In terms of his role in the CrossFit community, Fournier was nowhere near the most recognizable athlete on the roster. That being said, his efforts here have left a lasting impression on the members of the sport. In addition to the above post from Dave Castro, the official CrossFit Instagram issued a message remembering this fallen hero, and appreciating the work he was trying to do when he lost his life.

FitnessVolt would like to offer our sincerest condolences to the friends and family of Mike Fournier.

The 3 Best Exercises For Each Muscle Group