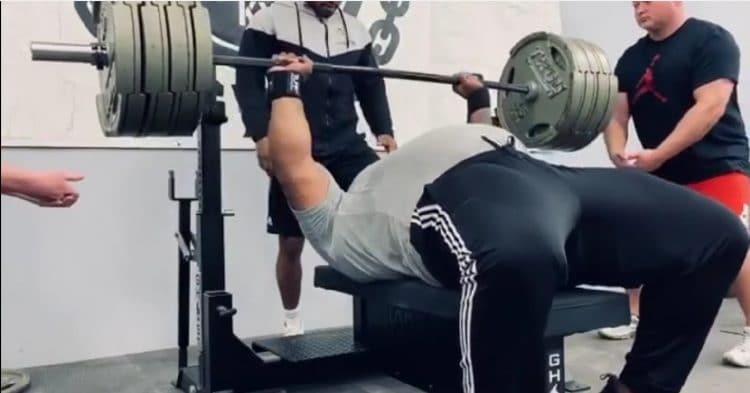 When it comes to the bench press, few people are as impressive as Julius Maddox. He reminded the world of that fact once again, with a recent training session.

Maddox is literally the best in the world at the bench press. He proved that earlier this year, at the Arnold Sports Festival, by scoring a 770lb bench. Although it has recently been revealed that the IPF will not recognize this as an official record, this was just an extension of his own previous record of 723.1lb.

Basically, no matter how you look at it, Julius Maddox is pretty good ay the bench. However, if you somehow forgot that, he decided to remind everyone with a recent post to his Instagram. He did this by showing himself casually smashing a 675lb press, essentially like it is nothing.

“When you have the desire to succeed as bad as you want to breathe is when the breakthrough comes!
(675 x1) spot”

Maddox has three men there to spot him during this lift. However, it quickly became evident that they were only there for show, as he handled that weight with ease. Then again, you can never be too safe to protect yourself from gym accidents.

Currently, Julius has his eyes set on a massive goal. He plans to hit an 800lb bench press for a world record, aiming to do so on June 27th. Although given the current situation in the world, it would not be surprising to hear that some sort of changes are forced to be made to these plans before that date.

So long as nothing interferes with his efforts, it seems like a near certainty that Julius Maddox will be able to secure that 800lb bench press record. He has been putting in the work, and it is exciting to see the build-up to this massive achievement.