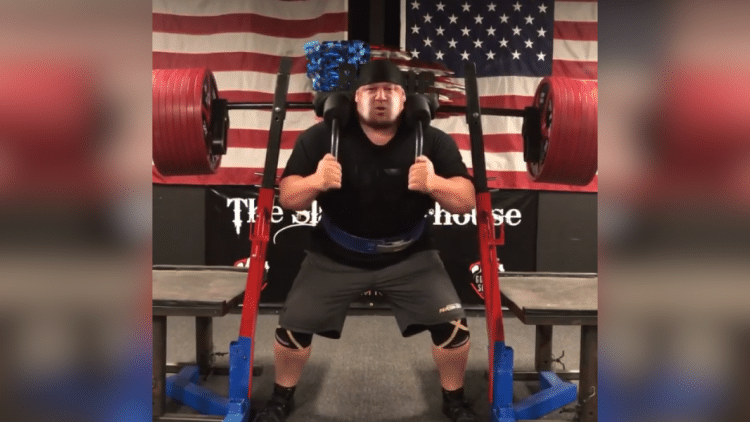 Blaine Sumner regularly does incredible things in the gym. However, now it appears that he has set a new record, for the heaviest squat on a safety bar.

Sumner is known for holding several records in the IPF Open Equipped +120kg division. Moreover, as the holder of multiple national championships, he is firmly established as one of the top powerlifters in the world today. His list of accomplishments and accolades is quite long.

However, where Sumner seems to excel the most, is with his squats. He was the first man to squat over 500kg, back in 2016. Yet he has not let things stop or slow down since then.

Currently, Blaine Sumner is looking to compete at the IPF Open World Powerlifting Championships, in Dubai. In preparation for this event, he uploaded a video to his Instagram, training and working hard on his squats. The video features him hitting a 431kg squat while using a safety bar.

“950 lbs. on the SSB tonight. Had to move some things around due to work this week so no Monday night squats, but the daddy mojo was still there tonight. Dubai can’t come soon enough. I just wanna get on that platform.”

The size of this squat is not all that impressive; after all, Sumner has squatted heavier. However, what is incredible about this squat, is that, to the best of our knowledge, this is the heaviest amount squatted on a safety bar. The closest second would be Alex Simon, hitting 420kg. On the other hand, Sumner outdid this by a massive 11kg!

You will be hard-pressed to find a safety squat that is heavier than this one turned in by Blaine Sumner. The competition in Dubai will be the first time that we have seen him compete in 2019. Therefore, it is clear that he is looking to put on a big show for the fans. With performances like this, it is likely that it will happen.

Arnold Schwarzenegger Isn’t Scared Of Death, He’s ‘Pissed Off About It’