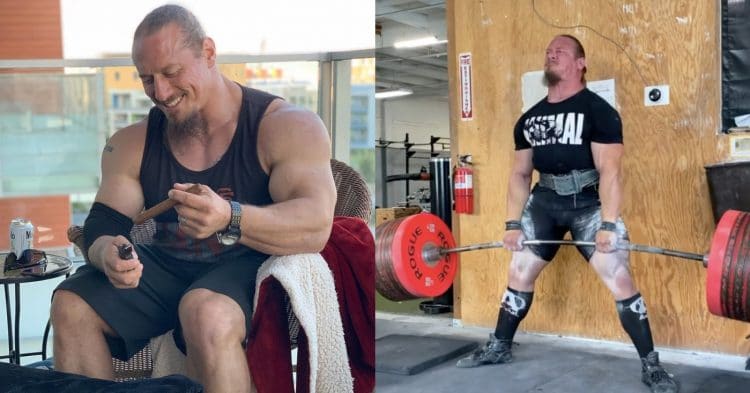 The Boss has returned, as powerlifting vet Dan Green was recently seen in the gym again, doing some big work. This time around, the updates saw him pulling some serious weight on deadlift day.

It is impossible to have a proper discussion about powerlifting legends without at least mentioning Green. He is a longtime competitor, first making his competitive debut in about 2007, and has set several world records over the years.

A large part of Dan’s career has been spent competing in either the 100kg or 110kg divisions, with a handful of appearances in the 125kg weight class. While he has not competed since 2018, the decade and a half that he has been in the sport has served him well.

However Dan Green plans on making a return to competition, sometime later this year. So he has been entering something of a prep mode, looking to get back the levels of strength that brought him countless accomplishments.

A part of this came in the form of deadlift training, which he posted to his Instagram recently. This update saw the 39-year old pull a massive 948lb (430kg) deadlift double while using 1.5in mats, as well as hitting an 881lb (400kg) triple with the same mats.

This was a solid performance from Green, and one that shows the type of work that he has been doing. He has been hitting some paused deadlift sets over the last few weeks, and they are already beginning to pay off.

That said, it is not just the deadlift work that Dan has been doing as he prepares to make his return to competition. He has also been crushing some serious bench presses too.

The previous update from Green sees him doing a variety of bench sets while using chains. Here he detailed his progression plan for the contest, and talks about when he plans on making a return.

Considering how long it has been since the last time we saw Dan Green on the platform, it will be exciting to see him make a return. If these recent prep updates are any indication, he will be coming back with a vengeance.

During his prime, Dan was one of the best in the world. So it will be fun to watch him come back and see what he has left to offer the sport.