At nearly sixty years old, Thomas Scheu is in better condition than most people half his age 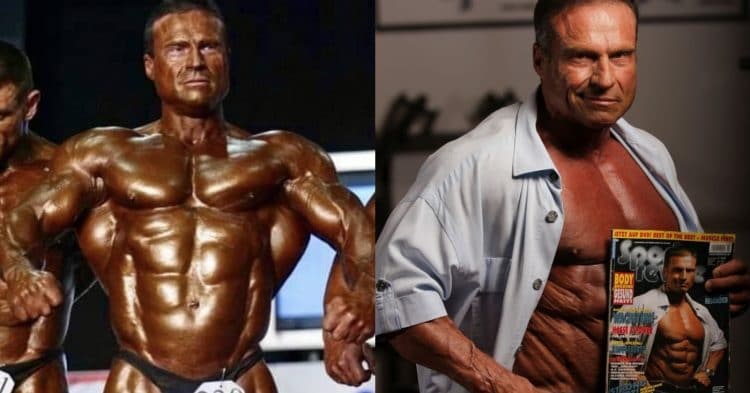 Most bodybuilders hope to see the age of 60 having kept themselves mostly healthy, with no serious medical concerns. However IFBB bodybuilding veteran and multiple time World Champion Thomas Scheu will be hitting 60 with a better physique than most 20-year olds.

Beginning his bodybuilding career in the 80’s, Scheu had an extensive run as an amateur before finally earning his IFBB Pro Card. He held a ton of victories over the years, with the large majority of them coming in his native Europe.

Since ending his career, the German bodybuilder has maintained his love for fitness and lifting weights. Even as the years ticked by, he continued to stay in phenomenal shape, a feat that is hard for a lot of bodybuilders of his caliber to maintain.

We got a really good idea of just how great of a physique that Thomas Scheu has maintained recently, with a post to his Instagram. Here he can be seen, mimicking the same pose of a magazine cover from 2001, and they look pretty close to identical.

The insane anti-aging abilities that he showed here got the attention of a few other big names in the bodybuilding world. Most notably was fellow veteran Milos Sarcev, who reposted the picture to brag about how insane his friend looks.

“Ageless @thomas_scheu, multiple bodybuilding World champion and one of the best posers who influenced my posing – with magazine dating 2001, holding it 15 years later (2016) – looking even better!!!” Sarcev wrote.

“I am sure he can do another one this year and exceed both of these looks. He is absolutely amazing – truest form of lifetime bodybuilding excellence 🙌🏻💪🏻❤️🙏🏻👊🏻”

Technically this picture of Thomas Scheu comes from 2016, but he is still looking insane at 59 years old. He showed that with a different post to his Instagram, showing off his incredible vascularity while doing arm training.

Doing some preacher curls, the bodybuilding icon be seen flexing his massive guns. On top of that, his veins are nearly bursting through his skin with how strong his pump is.

On top of that, Scheu shared a bit of a side-by-side comparison of his back from 2010, during one of his last contests. He then followed that up with a shot from a few months earlier, that showed him having similar lines and striations even a decade later.

We have seen some impressive bodybuilders over the years, with people who do not seem to age like normal humans. However Thomas Scheu seems to be among the top of the list. He looks incredible at 59 years old, and it is inspiring to see.

Gluteus Minimus Exercises For Rounder Hips & a Jaw-Dropping Side Butt