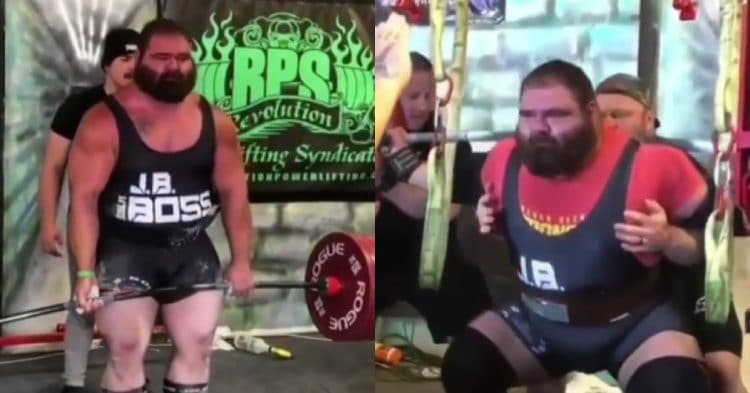 It is not a secret that Daniel Bell is an extremely strong powerlifter. However the full extent of his insane strength was on display, as he set a new all time world record recently.

Bell has proven time and again, to be one of the best super heavyweight powerlifters to ever compete. This was only solidified, when he took to the WRPF American Barbell Club Open, last November. Here, he managed to hit an all time world record total lift of an insane 2518.7lb, in wraps. This put an end to any speculation about just how talented this athlete truly is.

As if one all time record was not enough, Bell was at it again with a recent video posted to Instagram. The footage shows a compilation of lifts from last weekend’s Sarasota Showdown, which ultimately lead to a massive 2485lb total. Although this was done in sleeves, it was still enough to break the ATWR for heaviest total in sleeves.

This is simply an incredible feat of strength from Daniel Bell. To put it mildly, it was undeniably impressive. Instagram user @ericlilliebridge did a great job summing up what we were all thinking, in the comments.

“Holy s–t man that’s amazing! 1,003 squat in sleeves + 903 deadlift and now a new all time world record in sleeves. You now hold the biggest total in wraps and sleeves in powerlifting history. The new king of Raw Powerlifting 👏👐”

Pretty much everybody feels the same about this incredible showing from Daniel Bell. He is truly starting to put together a resume of accomplishments that prove him to be one of the best powerlifters on the planet.