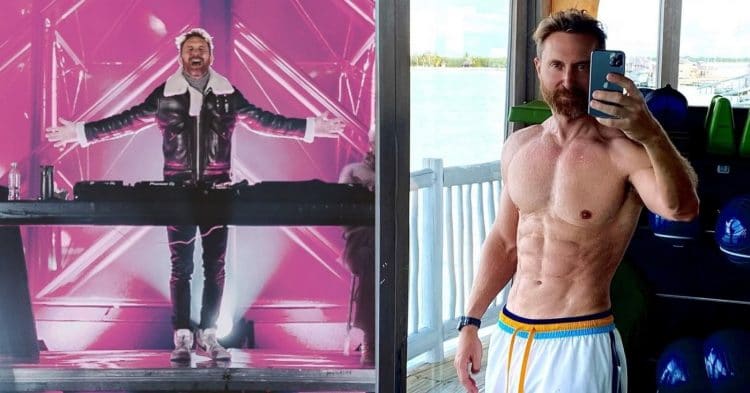 French musical artist and DJ David Guetta is well into his fifties at this point, but he has not been slacking off. He recently shared the rare glimpse of his physique, and it is not an understatement to call him shredded.

Typically the life of Guetta is a busy one, full of a variety of concerts and public appearances. He spends a ton of time on the road which often leads to difficulty with eating clean and regularly working out.

That being said, the last year or so have been quite different for him, just like the rest of the world. The global pandemic has left David in a position where he is putting more of a focus on charity work and virtual appearances.

This has opened the door for David Guetta to spend a lot of time on improving his own physical health and conditioning. It seems like that work has paid off, as made clear by some recent updates from the DJ.

Posting to Instagram, David showed off his current shape, and it is safe to say that he looks incredible. At age 53, he is sporting a shredded six pack abs, and positively defined obliques to boot.

“Getting ready to get back on stage💪💪💪”

Now Guetta is not the type of guy to share a ton of updates in the gym, or show himself hitting the weights. However it is clear that he has spent a lot of time doing just that, judging by his killer physique.

One thing that we know he likes to do, is play tennis. This is one way that he likes to keep in shape and, as he explained in another post a few weeks earlier he is a bit of a sore loser when things do not go his way on the courts.

We have seen a lot of celebrities stay in great shape as they get older, or even find a love for fitness later in life. However the way David Guetta looks comes as a bit of a surprise, just given the fact that he does not put his gym life on social media often.

His stage performances are known for having a high energy, and it goes without saying that him being in tremendous shape helps with that. He has been spending his quarantine well, and is providing a ton of inspiration for everyone of his fans watching his progress.