These six CrossFit athletes that competed in the 2018 Regionals are being touted as the new household names for this year's CrossFit Games. 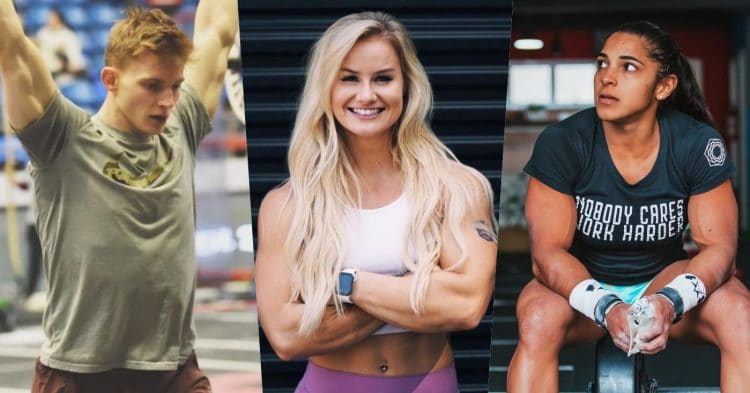 These top six elite CrossFitters that are looking to become household names in the CrossFit community. Their 2018 Regionals performances are still being talked about, and they may just rise a little more in the coming year.

This year’s CrossFit Open and Games already promise to be an exciting journey to watch unfold. The sport has seen one major change this year with five-time Fittest Man on Earth® Mat Fraser retiring.

The official word on four-time Fittest Woman on Earth® Tia-Clair Toomey has not yet been released, but previous podium holders like Sara Sigmundsdottir are thinking about beating her again, and thinking about it hard.

That is opening up a lot of doors of opportunities for other athletes in the community. Some may be sad about retirements, but they are also amping up their training as well.

Check out what these six have us thinking about. These guys competed in the 2018 Regionals and didn’t quite make it to the CrossFit Games Finals. But anything can happen this year. What’s changed since then for them?

Lazar finished eighth in the European Regionals in 2018, which isn’t shabby. But an eighth-place finish will do one of two things to an athlete. It will make them quit, or train harder.

Dukic is in the latter category. He’s since become the Fittest Man in Serbia in the last four Opens and took fifth at the Dubai CrossFit Championships in 2019. Ahead of him were Brent Fikowski, Pat Vellner, Roman Khrennikov, and Bjorgvin Karl Gudmundsson.

But he beat out some big names as well, like Elliot Simmonds, Jonne Koski, Jason Smith, and Canada’s Jeffrey Adler who made it to the CrossFit Finals in 2020. At 25, Dukic is ready to show what he’s been up to lately for this year’s Open. He’s calling himself a “much much better athlete than I was then” and we believe him.

Giorgos Karavis has a CrossFit resume that may make him look like he’s low on the totem pole. But he’s been working harder to change that impression. He finished 31st in the Europe Regionals in 2018 and has been moving up ever since.

In January 2020 he was talking about a fifth-place spot, only to be beaten by Mat Fraser, David Shorunke, Lukas Hogberg, and Bronislaw Olenkowicz.

Andre Houdet is another twenty-something with some work to do, and he’s doing it. As we speak he is training like it’s Game Day, on everything from nutrition to mock Open workouts.

He has a decent Sanctionals record to talk about and is one of those athletes that improves over time. In his best CrossFit Open, he finished 61st in 2020 but came in second place in CapeTown Sanctionals in 2019, eleventh in Ireland’s in 2019, and sixth at Strength of Depth in January 2020.

This is a woman who knows that little steps can become big steps. Dani Speegle is a household name already, and that may work against her when it comes to pressure. Or it might not, her mindset is a huge asset for her.

In 2017 she placed in tenth with Kings Point Atlantic Regional and finished 26th at the CrossFit Games in the 2018-2019 season. By 2019 she had an injury to muddle through and finished lower than planned.

But she is beloved in the community to be sure. Her Instagram has exploded and her supporters are ready to see her crush some competition.

Larissa Cunha – Bring it On.

Larissa Cunha is a 30-year-old with a Fittest in Brazil title to her record, and current record holder. She’s in her prime.

In Dubai, she placed 15th and at Wodapalooza 19th. They are the most serious records to watch for any CrossFitter, and she has some competition concerned.

Her Instagram is a telling story as well. She really wants to crush it this year. And she just might.

Some CrossFitters transition into the Olympics, Sasha Nievas comes from the Olympic world having experienced the high of bronze being hung on her neck at the age of 16th. This she received for competing in the 58kg category in weightlifting at the 2014 Summer Youth Olympics.

She’s got that talent down when it comes to the CrossFit community and proved that last year when she made it into the top 20 and 2020 CrossFit Games.

This she did by being 3 seconds faster than Sara Sigmundsdottir, who has a history of placing ahead of Tia-Clair Toomey once in her life. In the Open, Sasha also placed a full minute behind previous two-time title-holder Annie Thorisdottir.

Sasha is in it to win it this year, and she definitely could. It’s anybody’s Games.