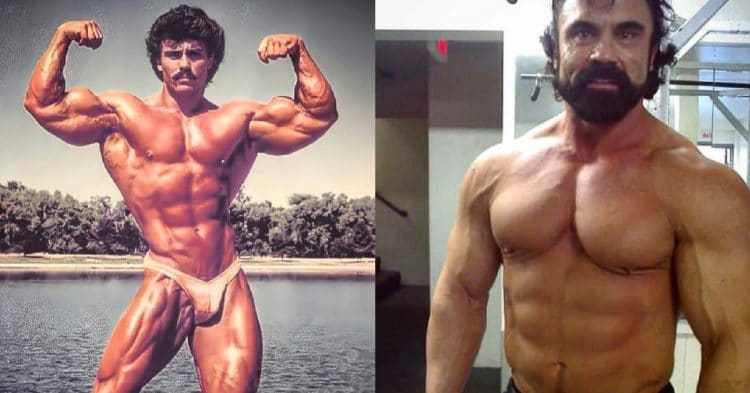 It is safe to say that most people wish to age at the same rate as retired bodybuilder Rory Leidelmeyer. He gave an update on his physique recently that shows that he still has god-like anti-aging qualities, even at 62 years old.

As humans the process of getting older is one that we must all go through, and see on a regular basis. We all know the signs of an aging body, whether it is not being able to make it up the stairs as quickly as you used to, or becoming more forgetful with age. Even elite bodybuilders typically have a severe drop off in the physical capabilities and conditioning as they get older, oftentimes being forced to have numerous surgeries and becoming a shadow of their former self.

Someone who does not seem to let aging effect him like a normal person, is retired bodybuilder Rory Leidelmeyer. The 62-year old competed as a pro in the 1970’s and 1980’s, making a name for himself for his impeccable physique and unique approaches to training. He has shown on numerous occasions that he is still in ridiculous shape, especially for his age. However a recent physique update posted to his Instagram shows that the bodybuilder has a physique in his 60’s that most people strive to have in their 20’s.

To be fair, it is not exactly true to say that Rory has the physique of an elite bodybuilder. However he certainly looks better than a lot of pros that have stepped on stage recently. Not to mention the fact that he looks miles ahead of virtually anybody his age.

Of course the reason Leidelmeyer is able to stay in such good shape is clearly because of hard work. His page is often filled with video clips of him hitting the gym and sharing positive messages for others. He was known for taking a careful approach to his training during his prime, and even though this is still true, he is definitely giving his all in the weight room.

This somewhat cautious approach to training is what Rory Leidelmeyer credits as his reason for being able to keep such an inspiring physique over the years. He says that by listening to his body and not pushing himself, he has been able to avoid most major injuries that other bodybuilders experience in their older years. Regardless if this is an effective approach for everyone, it is undeniable that it works well for him.