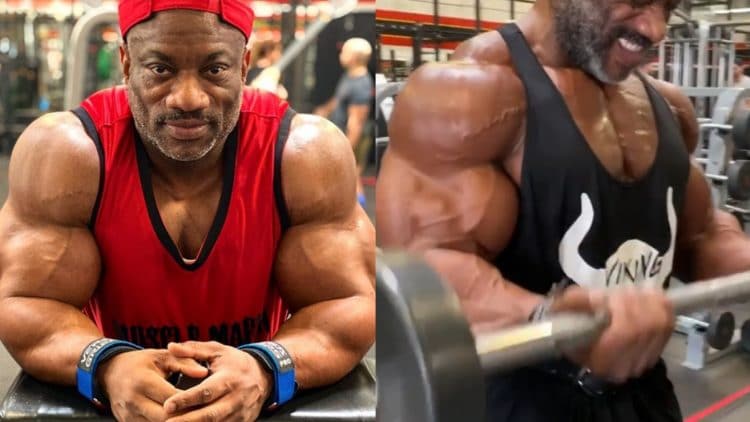 Dexter Jackson is preparing for a busy next few months  of competition. Ahead of his first stop, at the Arnold Classic, he is looking absolutely jacked!

Jackson has a big 2020 planned out already. Not only does he plan to compete at the Arnold Classic in two weeks, but he has two more Arnold shows already on his docket. Furthermore, he announced that he would be competing for the final time, when he takes the stage at the 2020 Mr. Olympia. For his final year competing, he has planned out a serious run of shows.

However, the first stop for Jackson is, of course, the aforementioned 2020 Arnold Classic. The event, which goes down March 7th, in Columbus Ohio, will mark his unbelievable 16th time taking the stage at the show. Moreover, he is looking for his sixth victory in the titular competition.

Ahead of the event, Dexter Jackson is closing in on his final preparations for the contest. He took to Instagram to show off some of his progress, as he is working on his arms, with his trainer Charles Glass. The actual weight he is lifting is not that crazy, but what is impressive is how he looks absolutely bricked up two weeks out from competition.

Jackson’s arms and back look super huge in this video! Compared to the video he posted a couple of weeks prior, he is clearly putting the final touches on his preparation for this big show. Here he is, two weeks prior, doing more barbell curls, with slightly heavier weight:

If this truly will be the final year we see the great Dexter Jackson competing, then he seems to be taking it very seriously. With Columbus being the first stop in a busy year, he is looking to make a big impression. It will be exciting to see how he looks when he finally steps on stage.