Dexter Jackson Looks Back On Phenomenal 28-Year Career In Bodybuilding

"The Blade" reminisces about his very accomplished career as a bodybuilding competitor. 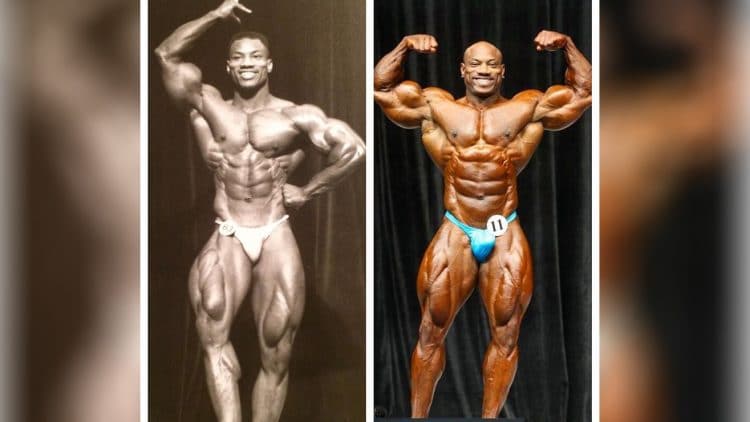 And at 49 years old, Jackson is the winningest bodybuilder in the history of the sport (28 IFBB titles) but what’s just as impressive is that he’s never placed outside of the top 10 at the Olympia.

So you can’t blame the guy for looking back and reminiscing about his incredible run and the fact that he’s still here 28 years later.

“#tmt#transformationtuesday This is crazy because I never thought this would be possible… Wellll… not only was it possible but I’m still here 28 years“.

Dexter Jackson looks incredible at age 49 and the fact that he’s still able to compete on the biggest bodybuilding stage in the World and still place in the top 10 consistently is just mind-blowing.

He’s a definite favorite to win the title this year, seeing as current champion Shawn Rhoden is out, and Phil Heath’s participation is still uncertain.

But there will be a few guys standing in the way like 2019 Arnold Classic winner Brandon Curry, William Bonac, and last year’s 3rd place finisher at the Olympia Roelly Winklaar.

It’s apparent that time is not on Dexter Jackson’s side anymore, although he still manages to hang with the best. But this year could really be his last chance at grabbing the title, and we hope to see a very impressive showing from the legend at the 2019 Olympia.