"The Blade" ain't playing this year! 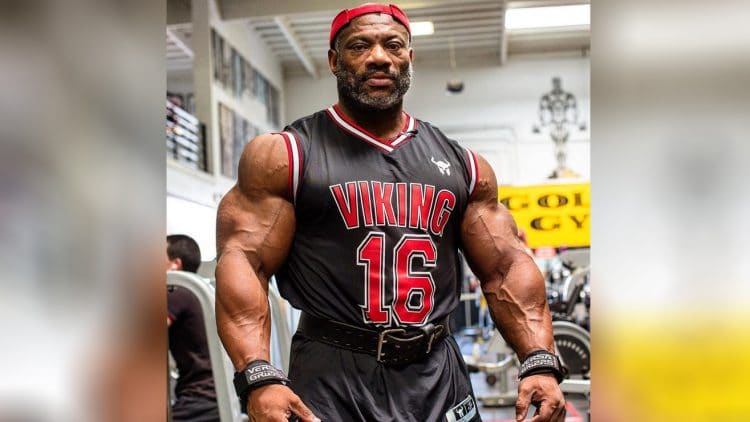 At 49 years old, Dexter Jackson is mind-blowing! He won the Olympia back in 2008 which was over a decade ago and he can still give the top guys in the Open division a run for their money.
But, seeing as he’s won more competitions than any other Open class bodybuilder in history, it’s no surprise his genetics are still allowing him to do what he does best…
Like seriously 5 Arnold Classic titles is unheard of and this man just keeps on going like a hybrid between Peter Pan and the Energizer Bunny.

“I told y’all I ain’t playing this year!! I also told y’all I maybe look 50 in the face but this body is 25 years old with zero lose skin! 😂 😜@georgefarah_guru I need a few cheats to slow this thang down! 5 weeks out from Tampa Pro!

We’re taking that ”Blade conditioning” to a whole new level!! 😬👊🏾💪🏾 Be sure to pick up your @vikingliftwearsleeveless “KILLER” tank top like the one I’m wearing and #levelup with me! “

If Jackson looks like this now then dang… we can’t wait to see what he brings to the Tampa Pro in 5 weeks. He explained that he’s taking his conditioning to a “whole new level” and who wouldn’t believe him?

He knows exactly how to come in looking amazing and maybe this will be a preview for what to come at the 2019 Mr. Olympia contest.

A lot of people are saying Dexter Jackson could win the Olympia this year and even Phil Heath believes it could happen. But, September will be a true test for all of the elite bodybuilders who will be gunning for that top spot.

Shawn Rhoden wants to remain the champion and 2019 Arnold Classic champion Brandon Curry is also a favorite. But, you have last year’s third-place finisher Roelly Winklaar, and 2019 Arnold Australia winner William Bonac locked in and engaged…

It’s a loaded lineup and anyone could take it this year!