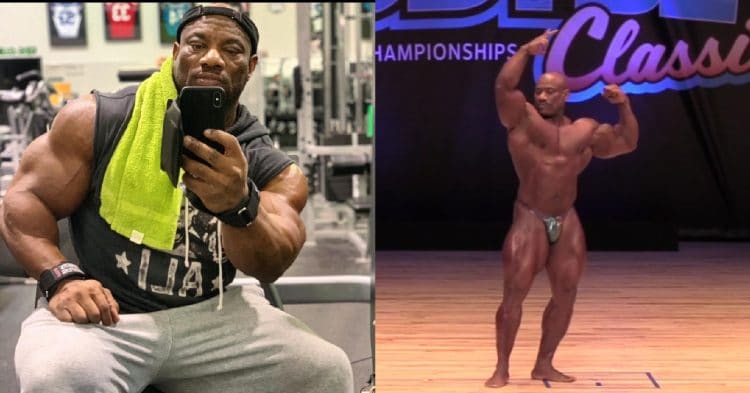 It may be December before we see Dexter Jackson take the stage as a competitor again. However he gave us a sneak peak of how he will be looking when he decided to guest pose recently.

Heading into the year, 50-year old Jackson intended to compete at a few Arnold Classic events, before retiring at the 2020 Mr. Olympia. However with everything on in the world, and most bodybuilding shows and international travel having been shut down, he has considered competing for one more year. Specifically he cited not wanting to retire without having fans at his last show, which would seemingly be the case for the 2020 Olympia.

However, before Dexter Jackson competes for the last time, or not, he decided to keep busy with a recent guest posing. A recent video showed him attending the NPC Body Be 1 Classic, an amateur show held with a limited crowd in Dothan, Alabama. Taking the stage, he preformed various poses, showing how good he looks, even in the off-season.

Accompanied by the song “I Wanna Know” by Joe, Jackson began his various poses. Initially he did the typical mandatory poses, but then he transitioned into his own personal routine, with some great poses that highlighted his definition. It was a respectable showing, especially given the fact this is the off-season, and it served as a reminder how incredible his conditioning is, even at the end of his career.

Time will tell whether or not Dexter Jackson does ultimately retire this year or not. Regardless, he seems excited and motivated, which will hopefully allow him to bring the best package to stage as possible, come December. Whether or not that this would be enough for him to do the impossible and win his second Olympia, that is going to be the big question we all want to see answered.