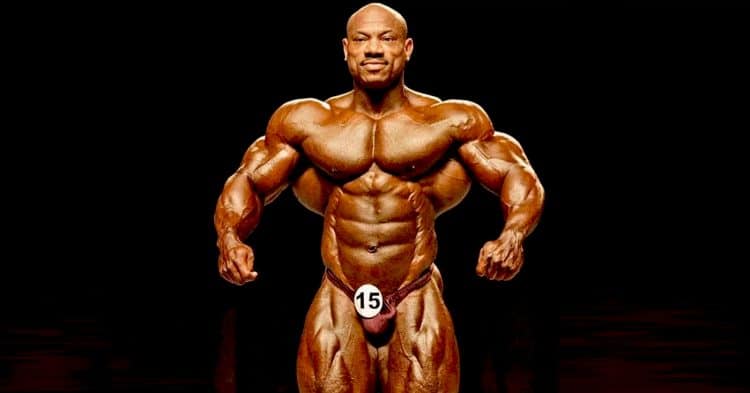 At the beginning of the year, bodybuilding legend Dexter Jackson was fairly confident that this would be his final year competing. Now with the way things are going in the world, he is not so sure that is still going to be the case.

At this point in his career, there is nothing left for Jackson to prove. He holds victories at the highest level of the sport, and has accomplished things most only dream of. The latter stages of the 50-year old’s career has been centered around expanding his legacy, and his overall love for bodybuilding and competing at the highest level.

With that in mind, it was not very surprising to hear that Dexter Jackson was looking to hang it up after this year. He started 2020 off with big intentions, looking to get a few showings at various Arnold events, before taking the stage at the Olympia for one last rodeo, and then retire. However he explained while speaking in an interview recently, that this may not be the case anymore. With most of the shows he was looking forward to competing in being canceled or indefinitely postponed, he says that he is giving consideration to competing one more year, and trying again to take part in the final contests he wanted to participate in.

“I can’t retire if there’s nobody in the audience, brother. It depends on what we’re looking like,” Jackson said. “I talked to Jim Manion about it, Jim was like ‘go ahead and do another year Jax!’ You know Jim. It really depends on how everything goes. All my fans are like ‘I know you’re not going to retire during this time, with what’s going on’ and whatever.

“I heard Vegas is doing pretty good right now, but this is the bodybuilding community. Everybody is going to be flying in from all around the country and the world to come to this f—ing place. Ain’t no telling what’s going to be going on then. Who knows, this s–t might spike again when it gets cold. No one knows, we just got to wait and see what happens. Its already spiking crazy now, so who knows.

“That’s why I can’t give you a definite (answer) on if this is going to be my last or not. I’m kinda hoping it won’t, because I want to win (the Arnold Classic) Brazil. I need Brazil in my belt.”

Ultimately, time will tell whether or not Dexter Jackson does indeed choose to call it quits after the Olympia. He is certainly right that there will be a big portion of fans who have followed his legendary career, who will be disappointed if they do not make it to his final show. Of course, if things get worse in the world he may have no choice but to retire.