Top-tier powerlifter Stefi Cohen is apparently trying her hand at bodybuilding, at least for the remainder of 2020 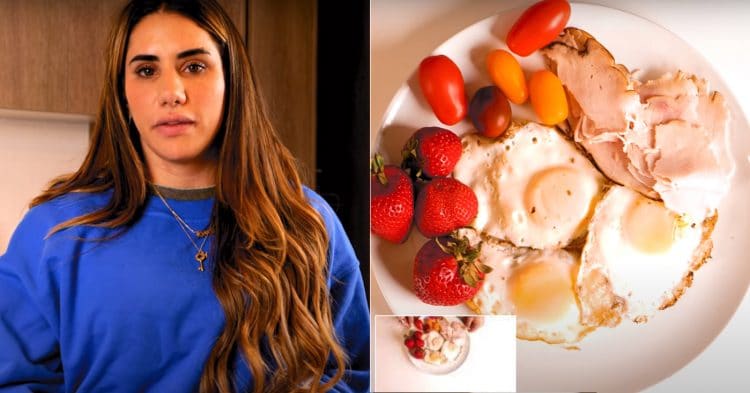 World record-holding powerlifter Stefi Cohen is never one to back down from a challenge which you’d know if you’ve had the chance to check out her YouTube content.

Cohen has been training with IFBB Pro Ben Pakulski to focus more on hypertrophy in an effort to improve her body composition. Although, she does have a pretty impressive physique as is. However, bodybuilding is completely different than just focusing on lifting as much weight as possible and she has been learning a lot as a result.

About a month ago, Cohen explained that it’d probably take her 16 weeks to get in shape to compete or do a photoshoot of which Pakulski advised. Then in a recent video, she detailed her diet for the transition to bodybuilding.

Cohen said she’s moving to bodybuilding just for the rest of the year though to try something different/give herself a new challenge, and to let herself heal from a few nagging injuries.

Now, as a powerlifter, her diet has had a big focus on function, although she has been able to structure it in a way that has allowed her to improve her physique. But now that she’s focusing more on improving her appearance, she’ll need to be a little more strict.

“Every single thing that I eat, I want to make sure that I can maximize as many nutrients as possible in each of those meals,” she explained.

Cohen will have her Athletic greens first thing in the morning since she’s usually on the go and this is a convenient way to get her fruits and vegetables. It’s a powdered supplement that contains 75 vitamins and minerals, plus probiotics for gut health, and other health-promoting ingredients.

This makes her feel healthier and perform better as she stressed how important this is.

She also has three pasture-raised eggs, with a little deli meat for extra protein, and a serving of fruits and vegetables. Her fruit of choice is usually berries which are lower in calories and the sweetness is satisfying. Then, as far as vegetables, she opts for tomatoes and carrots or spinach.

This breakfast will usually keep her full for about 2-4 hours of which she’ll usually do her training at this time.

This post-workout meal is usually kept the same every day because it’s super easy with minimal planning. It’s loaded with protein and good fats (beef and egg), a quality carb source in rice, and then the spinach and carrots are her greens for the meal.

She likes ground beef because it’s not dry and she’ll add about 2-3 packs of spinach w/ one cup of rice and an egg over easy, which she explained makes her lunch go from a two-star dish to a gourmet meal.

Cohen will usually just have the same meal as she did for lunch (beef, rice, and egg w/ spinach, carrots, and bone broth).

Subsequently, she added in a little humor, pretending to fantasize about having so much variety as she admittedly used to do so while lying in bed.

“You shouldn’t be craving food like you crave sex“. “What’s the next meal I’m going to have… Oooh, am I going to put sour cream, am I going to save some fats to put olive oil all over my steak. That’s sickening man“.

One myth that Stefi Cohen wanted to debunk, was thinking that having carbs at night will make you gain weight or get fat.

“If you eat in a calorie surplus, in general, that’s when you start gaining weight, not if you just have carbs at night“.

Once again, she added a little humor of which she said the carbs in cakes and Oreos don’t turn into evil little carbs at night that want to turn into fat… oh come on, it was pretty funny.

Alright, time to get serious again… Cohen usually also has some snacks for the week.

She likes to have Greek yogurt due to its versatility because you can make it up any way that you want. This is usually paired up with some healthier cereal or berries, or cereal and berries. In addition, she’ll add some peanut butter or 1 tbsp nutella if she’s feeling a little crazy.

Cheese and crackers w/ a glass of red wine

Her recommendations are parmesan and manchego cheese.

The key here is to have some control over your portions because the calories can quickly add up. Cohen has admitted to struggling with overindulging and so she thinks it’s best to weigh your nuts/portions and then put the container away somewhere to avoid temptation.

She also proposed a game/challenge that you can do with the nuts which involves two people. So one person grabs a handful of nuts and then breaks them up as they go along while giving the other person a piece of a nut of which the other person has to guess the kind of nut with their eyes closed.

She offered $20 to the person who can get 10/10 with video proof. She then tried the game herself although it seemed she didn’t get all correct. But her best advice is to swirl the nut, suck on it, and then make your guess based on how it crunches.

And that pretty much wrapped up the video!

It’ll definitely be interesting to see where Stefi Cohen goes from here and exactly what she has planned for the near future after she makes her desired improvements. We’ll definitely be sure to keep you posted though.