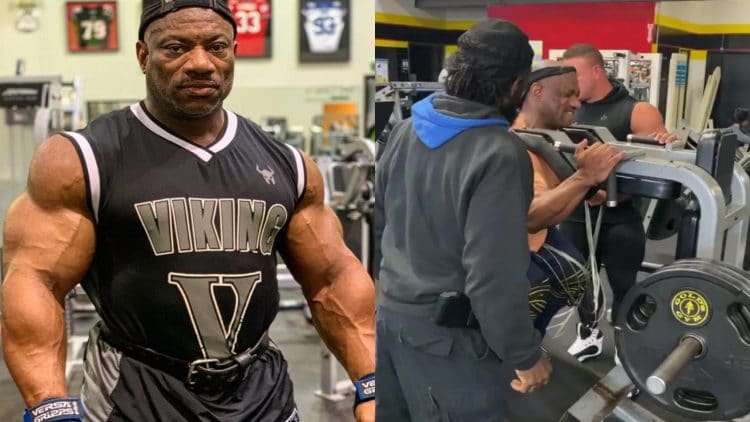 Dexter Jackson is looking to make a statement when he competes at the Arnold Classic in March. In order to do so, he has been hitting the gym hard, as he showed recently.

Jackson is going to be the oldest person competing in Columbus in a few weeks. Obviously this is not new territory for him, as he is one of the older people competing at a high level. Nevertheless, this has left something of a chip on his shoulder heading into this contest. In fact, he has expressed before, how he is looking to show that age is just a number here.

If his goal is to be Impressive, Jackson already would have done that, simply by competing. However he is going there, looking for a win, and has been putting in the work accordingly. In fact, he gave another glimpse of this work with a recent Instagram post. In the video, he is absolutely destroying his leg day, and he looks jacked!

“I told you guys that I was guna kill legs!!” Jackson said in the post. “Ususally this machine does nothing for me and that’s with it a ton of weight… Well try it this way.. My traps should be touching the pad but we let the pads rest on my front delts.. Feet close together and push the knees forward when squatting down. (Basically and sissy squat on this machine.) Boyyy lemme tell you!! Front quads were on 🔥 🔥. Shout out to my incredible team @thecharlesglass @bradbrowe @clay_slay_all_day and of course Brad’s awesome Neubie machine”

As he explains in the post, Jackson is doing a variation of the reverse hack squat. He does not typically like this machine, saying it does not do much for him. However this time he changed up the position of his shoulders and legs to get a different burn.

It is fascinating to see someone who has been competing as long as Dexter Jackson continue to find new ways to train. It will be exciting to see how he looks when it comes time for the 2020 Arnold Classic.