Dexter Jackson discusses Phil Heath's performance at the 2020 Olympia, how he dealt with bubble gut, and his diet in retirement 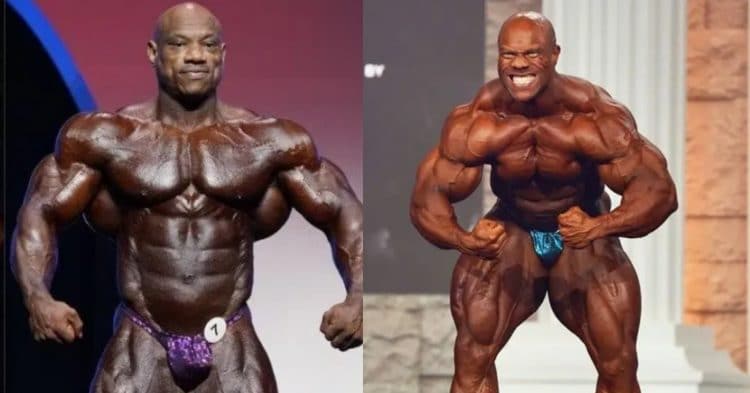 Although Dexter Jackson retired from bodybuilding after the 2020 Mr. Olympia, he still remains a relevant figure within the sport of bodybuilding. He recently gave insight on his current diet and training, and explained where Phil Heath went wrong at the 2020 Olympia.

There are a lot of ways to describe the legacy that Jackson has left in the sport. However the best way to explain it, is by saying that he has some of the most incredible longevity you will ever see within the sport.

Competing in 21 Olympias across 22 years, Dexter holds the record for the most competition appearances in IFBB Pro League history. Not to mention that he never placed outside the top 10 at the Olympia, even as far as his final contest, as 51 years old.

At that final Mr. Olympia, which ultimately was his last show, Dexter Jackson was able to compete against a returning Phil Heath, who was competing for the first time since losing his title in 2018. This was a highly anticipated return, that ultimately left Phil scoring in a third place position.

Speaking in a recent interview, Dexter explained that he knows exactly where Phil went wrong. He says that the 7x champ came in with less conditioning and size than he normally has, which led to the lackluster showing.

“If Phil came in as the Phil that we know, then it would have been lights out. I felt like he lost some of his conditioning, especially in his hams and glutes. Glutes weren’t as shredded as they normally are, and he lost a little size in his legs as well,” Jackson said.

“I think it’s age. I think two years… you’re not going to come back, I don’t give a damn who you are. If I take two years off and come back, I’m not going to look like how I should look… Phil was probably the same weight he normally is, but if you put Phil against what he was three years ago, no comparison.”

Dexter Jackson went on to explain that another issue was in Phil’s midsection, but this was something he could relate to. For a few years, Dexter dealt with a bubble gut, and troubles controlling his midsection.

He was able to get these issues under control eventually, and he decided to share his methods on doing so. He went into deep detail on it before, but here he reiterated that it was a matter of following a different diet plan.

“What happened was, I went to this gut specialist and I actually had crazy hiccups, nonstop. For months. I know a lot of people that are getting chronic hiccups, and it just don’t stop,” Jackson said.

“We were able to fix mine, and what we did was cut out all diet products, anything that has sucralose, and artificial flavors in it. What people don’t understand is over years, that buildup in your gut destroys your gut. All it took was one Equal a day, if I put it in my coffee, that’s all it took to keep it going. When I cut all that s—t out, two weeks, gone.”

Jackson said that he has switched to using Stevia In The Raw as a sweetener, which has helped out with his gut issues. However he said that this is not something that gets better completely overnight, but that it does make a difference.

Nowadays Dexter Jackson is enjoying the retired life, but he is still in phenomenal shape. He shows that even well into his fifties, and despite no longer competing, he has one of the best physiques in the world.

While he has certainly gone down in size, Dexter is happy with where his weight is. He says that he has cut back a lot on how much he eats, because he has no interest in bulking up anymore.

Even at 51 years old, and into his retirement, Dexter Jackson is still a crucial voice in the world of bodybuilding. This was an insightful interview with a legend in the sport.