During a recent training session, Julius Maddox suffered a failed bench press and pec strain that may delay his world record attempt next month 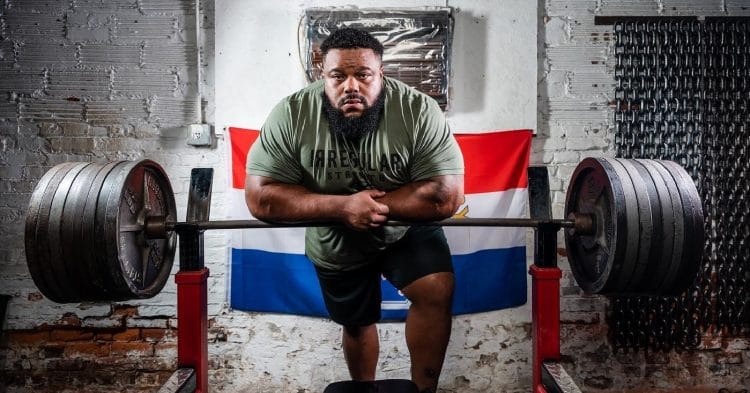 Powerlifting sensation Julius Maddox was expecting to attempt an 800lb bench press for the second time in June. However a recent hiccup in training may have delayed this world record attempt even further.

Over the last few years, Maddox has worked hard to establish himself as the strongest athlete in the world, when it comes to the bench press. Whether you agree with that or not, it is impossible to argue that the strength he possess is otherworldly, as evident by his world records in the lift.

Julius planned on getting rid of all doubts about his place among the top benchers in history, by being the first person to bench 800lb. He attempted this last year, but a misloading incident caused him to suffer a relatively minor injury, leading to him failing his first attempt to set a new world record.

This did not deter Julius Maddox though, as he expressed his plans to heal up, get back to the drawing board, and make another attempt at a later date. That date was then set for this June, and ahead of the event he even outlined his plans to eventually attempt a 900lb bench press.

Unfortunately, as a video posted to his YouTube channel reveals, he may be delayed in this once again. This comes as a result of an apparent injury that he suffered during a training session, leading him to say that he may have to push the 800lb attempt back again.

The video starts out as a regular training session, with Maddox working his way through a bench progression, throwing in other chest workouts between sets. However things began to take a turn for the worst when he was attempt to press 720lb.

As the video depicts, Julius brings the weight down and immediately gets stuck trying to lift it back up. Luckily he had three spotters there to help him rerack the weight, as he gets up and exclaims that his pec was the cause of this failed lift.

“Strained my pec a bit at the bottom of the lift. Man, I messed up. I’m 8 weeks out from the event and I think I’m going to have to call and have a discussion about pushing this event back further than June.”

From there, Julius Maddox admits that he got somewhat complacent with his skills, and that the work has not been where it should be for this 800lb bench press attempt. He reiterated that this is one of the biggest opportunities of his career, and that it is a tough blow to come to terms with.

Hopefully he can rebound from this quickly, and it won’t delay him for too long. That said, it was refreshing to see him take full responsibility for the mishap.

Hit a Bench Press PR With The Smolov Jr. Program