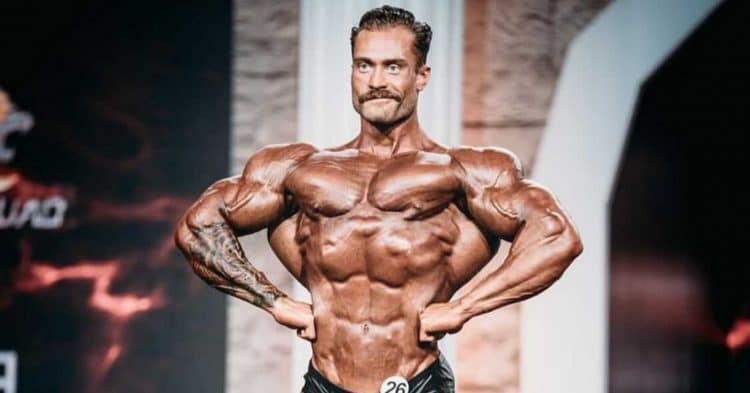 As the two-time winner of the Classic Physique Olympia, Chris Bumstead is the subject of inspiration for a lot of young athletes. During a recent Q&A session, he answered some burning questions from these aspiring bodybuilders.

During his time in the sport, Bumstead has effectively redefined what it means to have the ideal Classic Physique package. He has two victories at the Olympia to back that sentiment up, too.

When he won the Olympia title in 2019, it was in close, controversial fashion. However he promised that this was a sign that the division was changing directions, and proved this to be true by definitively defending his title in 2020.

Now Chris Bumstead finds himself in a position where he is looked at as something of an icon to young, up and coming athletes. So he decided to answer some questions from these fans, in a recent Q&A session for his YouTube channel.

One of the biggest questions that he was asked, was by a young lifter who wanted to know if they should start taking steroids. When asked for his thoughts on it, Chris had a very direct, if somewhat surprising answer.

“The answer is no. I have this new theory where if you have to ask someone else if you should take something potentially harmful to your body, the answer is already no,” Bumstead said.

“That decision has to be your own, and it has to be a well educated decision, because people like bodybuilding for a few years, and they take steroids and they’ll be like ‘I don’t actually like bodybuilding.’ Then they’ll quit bodybuilding, and their body is still f—ked up from the juice or whatever they took in the meantime.

The next question that Chris Bumstead was asked about was his preferred methods of recovery, after a hard workout. For him, the answer is fairly simple.

“My favorite end-all be-all recovery tool is going to be sleep. Nothing is better than sleep. Other than that, it’s going to be nutrition. It’s all simple recovery stuff. Outside of the norm, I get massages every week. I try to cold tub when I’m in prep, do as much as I can of that. That’s kind of the main s—t I do, I guess.”

Chris Bumstead Would Rather Retire On Top

Another interesting question that Chris Bumstead answered during this session revolved around the idea of retiring. Someone asked if he would rather retire today and never compete again, or keep competing but never place again.

For Chris, the answer is simple: he would call it quits today. However this led into a bigger conversation about his desires to retire at the top of the sport, before he slowly fades into obscurity.

“I don’t know if this is going to sound bad but I’d rather retire right now. I feel like even if the real world does things, when you see someone competing too long and they just start placing really bad, and you’re just like oh man, you should really hang it up. I want to compete to win, and I want to retire on top.”

These were some insightful responses from Chris Bumstead, and just a touch of the topics that he discussed during this video. He continues to be a valuable person to hear from in the sport.