Dexter Jackson Confirms That He Will Compete At 2020 Mr. Olympia

Dexter Jackson Will Compete At 2020 Olympia 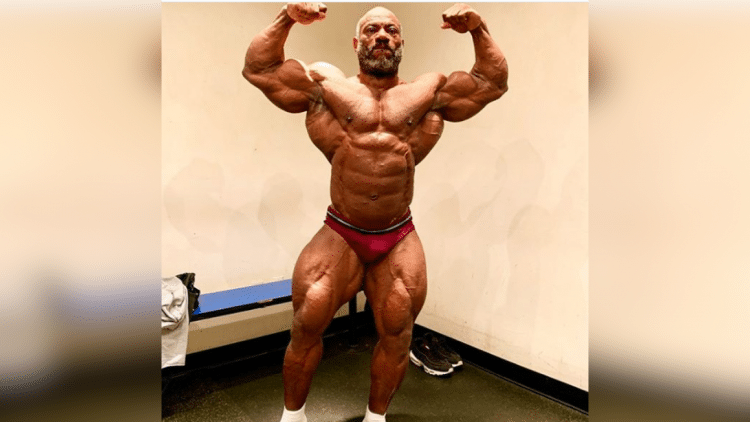 Dexter Jackson is one of the most legendary bodybuilders of all time. Now he recently announced that he will be returning again to the 2020 Mr. Olympia.

Jackson has been competing as a bodybuilder for nearly three decades. Moreover, he has a ton of accolades, competing among the best of the best for years. Along with many other wins, he most notably won the 2008 Mr. Olympia contest. Additionally, he was a multiple-time winner of the Arnold Classic, as well as placing highly in several other Olympias. He is without a doubt, one of the greatest bodybuilders of all time.

Despite the fact that he was 49 years old, Jackson was not done competing at the Olympia. In the 2019 season, he took the stage, looking to capture the vacant title. Although he was not able to win, he did manage to finish in an impressive fourth place.

It would seem that despite thoughts of possible retirement, Dexter Jackson is not done. In a recent Instagram post, “The Blade” explained that he plans on competing further, Not only that, but he looks to compete at the 2020 Mr. Olympia, clocking in at an unbelievable 50 years old!

” I’m so motivated to beat this physique from this past Olympia. My lifetime goal has always been to be better than my previous competition.

I worked my ass off this year to achieve this physique… so I can only imagine the hard work I gotta put in next year to be better. I’ll be the big 5O next week so my age ain’t helping.

I damn near killed myself this year. Lol! I will be better next year or I’ll die trying. So if y’all see or hear that the blade passed.. you’ll know why. 😂😂😂 All you guys out there think back or pull out a photo of yourself when you looked your best and make it a goal to be better than that and don’t let nothing stop you from achieving that goal!! Ima be better next year.. are you?? 😉”

The picture Jackson put with the post shows off his physique from just before the 2019 Olympia. In the post, he explains that he is motivated to be bigger and stronger than that, come next year. At his age, it is hard to imagine a physique looking better than that.

If Dexter Jackson does compete at the 2020 Mr. Olympia, he will be one of the oldest people to do so. No matter what happens, there is nothing that can take his legendary status away.