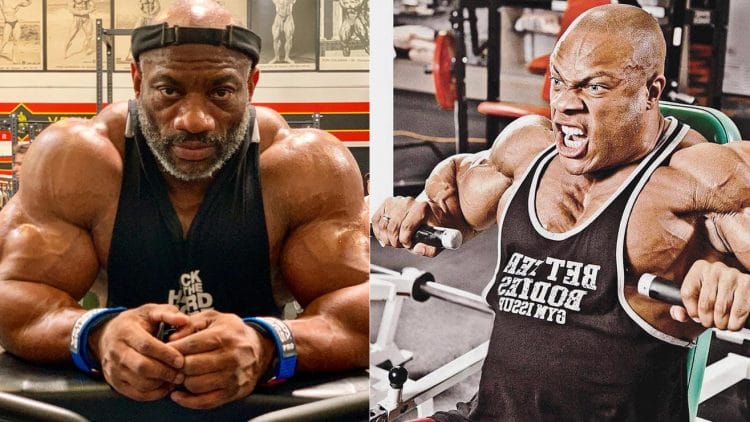 2019 is turning out to be a real contest of back and forth between the elite pros of the sport. And the most recent is Dexter Jackson sparking some attention by alleging Phil Heath’s retirement.

Now, this started because Dexter Jackson’s posted the 2019 Olympia promotional picture on his Instagram. But, Phil Heath was missing from the photo whereas last year’s top 5 guys were included, plus Dexter Jackson. So, out of curiosity, a fan asks in the comments… “WHERE IS, THE, G I F T????”

And Dexter Jackson’s response was… “RETIRED!”

But Phil Heath wasn’t going to watch his name being tossed around without chiming in too. Heath commented, “@mrolympia08 don’t be so sure about this one playa. Remember what Arnold did in 1980, I mean you were there and all.”

He also commented, “I’m in the gym getting swole AF.”

Then one person wrote to Jackson, “Phil is not retired, don’t believe that one bit. He’s taking back the crown.”

Now, we’re still not sure if Phil Heath will be returning this year in an attempt to win his 8th Mr. Olympia title. But, it’s obvious that he’s not agreed to any contract signings, due to his absence from the promotional poster.

Here are the messages between the two legends and the fans…