Dino Tomassetti shot his parents at their $3.2m Long Island mansion, then fled in a Cadillac. 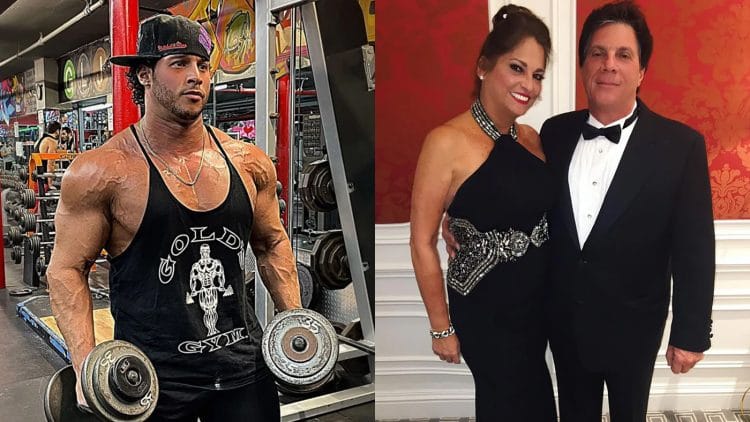 According to detectives and a report, the man who allegedly shot his parents at their Long Island mansion on Christmas morning was identified on Sunday, as a 29-year-old bodybuilder from Brooklyn, NY.

As per to Nassau County cops, Dino Tomassetti is accused of shooting his 65-year-old father in the back and his 64-year-old mother in the head at their posh Hewlett Harbor home shortly after 10 a.m. on Christmas morning. Both parents, Rocco and Vincenza Tomassetti, had to undergo surgeries, and it is reported that the father’s health was worse than the mothers.

After the assaults, Dino, a 175 cm (5’9), 106.6 kg (235 lbs) muscleman, fled to New Jersey in a Cadillac Escalade. The New York State Police used GPS to track his luxurious automobile, and when he arrived in Mahwah, they contacted the Mahwah Police Department for assistance. According to sources Dino was detained shortly after 2 p.m. on Saturday.

Dino Tomassetti will stay detained in Bergen County until he is transferred to Nassau County. His charges in New York will eventually be determined by his parents’ health.

As per the state records, Dino Tomassetti’s father owns Empire Transit Mix Inc. in Brooklyn, which is located on Maspeth Avenue. This is a cement and concrete product manufacturing company, which most famously provided concrete for the “Freedom Tower”. Tomassetti’s grandfather was an Italian immigrant who also owned a construction company, “Laquila Construction”, and helped build the Manhattan skyline.

Related: Bodybuilder Paul Bashi Sentenced To 14 Years In Prison For A Horrific Assault Caught On Camera

Reactions from Friends and Acquaintances

Quotes have been taken from the New York Post

“They’re very fine people. I can’t say a bad word about them.”

“They’re very nice people. You couldn’t ask for better neighbors. That’s all I can tell you. They don’t bother you. They keep their house beautiful. They talk to you and say, ‘Can I help you with anything?’ They’re very fine people. I can’t say a bad word about them.”

A company employee who answered the phone was completely unaware that his boss had been shot.

“This is definitely shocking news to me”

A worker in the building expressed his opinion that Tomassetti is a “great guy” and that he didn’t expect that. He also added:

“What can you do? I’m from the South Bronx. S–t happens every f–king day, man. Not much I can do about it. He did what he felt like he needed to do, I guess.”

“He’s definitely not” a violent person, according to a woman outside Dino’s building in East Williamsburg, who introduced herself as his best friend.

“He’s my best friend. I really don’t want to talk about it.”

Dino Tomassetti is apparently very strong, and his Instagram has shown some of his personal bests. which includes, deadlift 329 kg (725 lbs), squat 284 kg (625 lbs) and bench press 250 kg (550 lbs). He also works as a personal trainer at Retro Fitness locations in Forest Hills and Glendale, Queens.

The reason for his attack is still unknown, and Dino won’t be charged until the situation stabilizes.

The 7 Best Yoga Poses for Bodybuilders