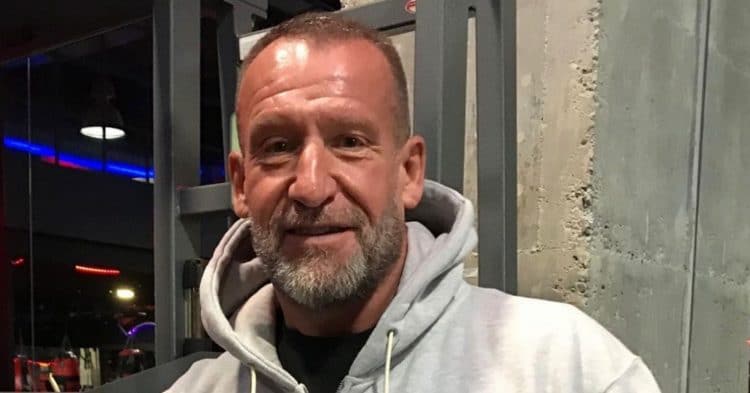 Over the last few years Dorian Yates has been one of the leading voices in bodybuilding, of using a plant-based diet. However he has recently stopped following this eating plan, saying that he was not getting the protein he needed.

As a six-time winner of the Mr. Olympia, there is no denying that Yates knows what it takes to be successful. Throughout his time in the sport, the English bodybuilding legend has found himself experimenting with a variety of different training and dietary methods.

One such path that he has followed in recent times, involves following a plant-based diet. This has him cutting out virtually all meat and animal products from his diet, and getting nutrition and protein from other sources.

That said, the last couple of months have seen Dorian Yates transition away from this form of dieting. He opened up about that decision when speaking in a recent interview, explaining why he made the changes.

The way he explained it, he was actually quite happy with the plant-based diet, losing about 30lb. However after his recent accident while biking, he was left with no option but to revert back to a higher protein diet, to help heal from his injuries.

“I was following mostly, not a hundred percent but mostly a plant-based diet for the last few years, so not high in protein,” Yates explained.

“I wasn’t training that heavy. I was doing other stuff; biking, and yoga, and hiking, and different fitness stuff, so I wasn’t really concerned about trying to keep all the muscle.”

From there, Yates explained that he was keeping his protein levels low, giving his body a break after years of consuming massive amounts of it. However that all changed when it came time for him to heal from the aforementioned accident.

He explained that once he dislocated his shoulder and tore a ligament, he was looking into the best ways to heal. So when it was suggested to him that he try to add more protein and animal products back in his diet, he listened.

“So I tried that, and I’ve been doing that for about six weeks now, I’ve been banging the protein up and I haven’t been training because all I’m doing is rehab with the shoulder, I can’t really lift any weights yet, but I put on about six or seven pounds of muscle and filled out and everything, so maybe that’s what my body needed,” Yates said.

“I guess I was probably deficient in protein… I was trying to keep it fairly low (with my vegan diet), definitely under a hundred grams a day. I wasn’t concerned about muscle mass, I just wanted to train for health. Muscle mass was not a concern of mine.

“I lost muscle mass, but I didn’t worry about it because I was more concerned about my cardiovascular, my flexibility and mobility. But maybe there’s a lesson there. Maybe my body needed more protein, and as I’ve taken it in, I’ve just automatically put on a bit of muscle and filled out a bit.”

Plant-based diets in bodybuilding are always going to be a hotly contest subject of debate. At the end of the day though, it is most important to listen to your body and do what it needs, and it seems that Dorian Yates has done just that.

Spice Up Your Barbell Curl For Bigger Biceps