After taking a break to recover from surgery, Flex Wheeler is back to his leg day routine in the gym 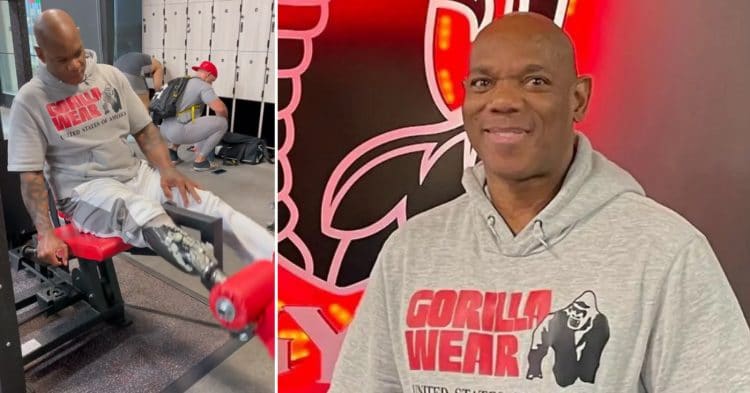 The road has not been easy for Flex Wheeler, over the last several months. However he has returned to the gym for his first leg day in a while, and it is beyond inspiring to see.

Over the past couple of years, Wheeler has had a ton of ups and downs in his personal life. Chief among these struggles, is of course the fact that he was forced to have part of his right leg amputated.

A series of recurring health issues led the bodybuilding legend to the point where he had no choice but to get the amputation. Following the procedure, he was refreshingly open and honest about the physical and mental struggles he has gone through after this news.

That being said, it has not just been bad news, as Flex Wheeler has inspired with incredible gym updates, even being recognized for his courage at the 2020 Olympia. However, he was forced back into the hospital a few months prior, due to complications from the surgery.

“I haven’t trained legs sense last September when I was in the hospital for over a month, due to more surgeries😩

BUT that was THEN and this is NOW.

GET the molasses out of your ASSES 🤬

When Flex was back in the hospital last fall, fans were concerned about his overall health. However judging by the way he looks in this return to action, it seems clear that he has made some progress.

Things are not easy for the bodybuilding, nor have they been for about a year and a half. Nevertheless, he continues to press forward and work hard, despite his amputation.

For several years, Flex Wheeler has been quite the inspirational figure inside of bodybuilding. No matter what he is doing, he never fails to provide a light of motivation for anyone watching.

Things have not always been easy, and there will surely be some more hard days to come. However no matter what, nothing is going to stop Flex from pushing himself to the limits.