Plant-Based Diet: Is It Right For Bodybuilders? Some Think Not 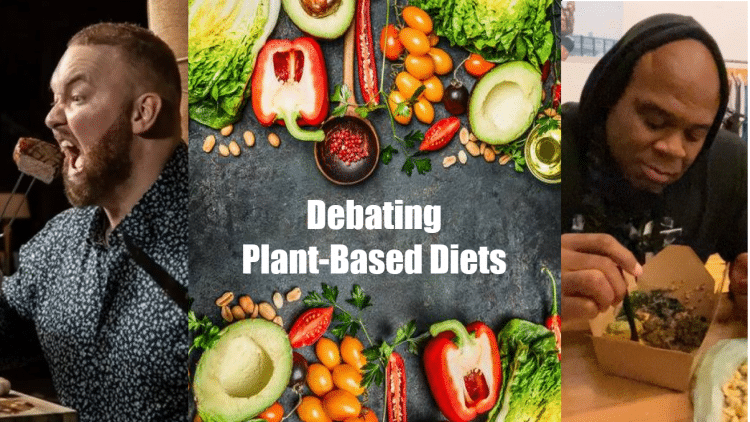 A recent craze making waves among top strength sports athletes, is the idea of a plant-based diet. However, not everybody is on board with this new way of thinking. So which option is the best? Today, we take a look.

The Game Changers is a a documentary which was released on Netflix in 2018. It was directed by  Louie Psihoyos, and produced by James Cameron, with narration from Arnold Schwarzenegger. The film chronicles UFC fighter James Wilks, as he makes the transition to a plant-based diet.

This film had a profound impact on many athletes, including People’s Champ Kai Greene. Subsequently, after watching it, he made the decision to give a plant-based diet a try. He took a challenge to eat nothing but plant-based foods for a week, seeing how he likes it. As a result, he has really grown to like it.

A few days into his plant-based diet, Greene was already claiming to feel good. He had grown to find some good vegan places to go and was enjoying himself. He posted this heartfelt message to his Instagram, explaining how he feels about the changes he is making.

Kai Greene is not the only one to make a change.

Following looking at the progress of Kai Greene, strongman Thor Bjornsson was intrigued. As a former World’s Strongest Man, his diet has a ton of meat in it. However, he was interested by Greenes’ post, and commented on a message, expressing interest in a plant-based diet too.

“I might as well give it a try for a week on my offseason. I’m always willing to give everything a chance! Especially when it comes from legends like @schwarzenegger & @kaigreene.”

Moreover, Greene posted a message calling out Thor to give it a try. In the post to Instagram, he explains that Bjornsson would actually see better results, as a strongman. After all, Thor is known to give an attempt to various eating challenges.

But, is a plant-based diet the right thing to do?

A lot of people are starting to jump on board with trying a plant-based diet. On the other hand, there are still others who are unsure of its effectiveness. Some people have commented on Kai Greene’s posts, calling into question the legitimacy of the Game Changers documentary.

Here is what Men’s Health had to say about the documentary: https://t.co/4KN1hY2Rcq

The Men’s Health article referenced brings up some good points about switching to a plant-based diet. It brings up the fact that there is a lack of scientific backing to the claims made by the film. Furthermore, some of the evidence presented is hyperbole, or a bit exaggerated.

Moreover, there were other studies which presented proof that a plant-based diet does lower creatine levels, and white blood cell counts. Therefore, both sides of the fence have been up in arms about the situation. Representatives of both sides have accused each other of being funded by organizations with agendas.

Plant-based diets are nothing new, even among strongmen and bodybuilders. However, this documentary and new support from notable figures has really brought new eyes to the idea. Whether or not it is right for you, well that is up to you and your physician to decide.