Rapper and producer Dr. Dre is the latest to join in on Will Smith's 'Big Willie Challenge' and shed those pandemic pounds 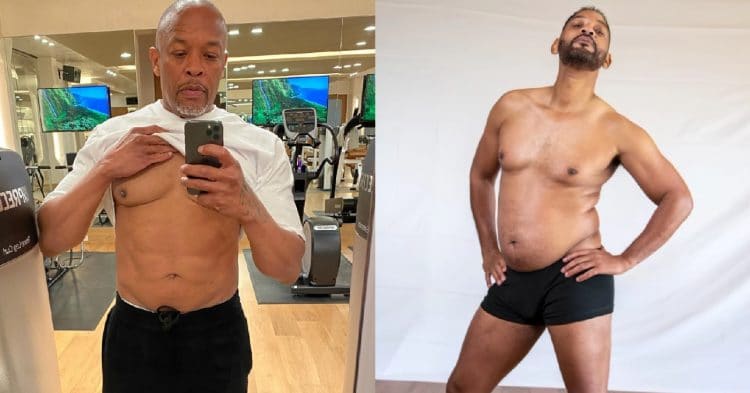 Will Smith has decided to embark on a weight loss journey, that has since been dubbed “The Big Willie Challenge.” From one rapper to another, Dr. Dre has decided to join in on the fun and see if he can shed some of his excess pounds.

There are a lot of words you can use to describe Dre and his impact on the music industry. Originally starting out as a rapper with the group NWA, he has since gone on to be a solo artist, producer, and entrepreneur.

Throughout all of that, he has made himself a legend in the space and one of the most recognizable faces in the world. His impact on the rap game will be felt for generations to come, as he has inspired leagues of other rappers to follow in his shoes.

However like most of us, Dr. Dre has added some weight during the last year of a global pandemic. So he took inspiration from Will Smith who also recently admitted to being a little pudgy around the midsection, and revealed his plans to get in “the best shape of my life.”

Posting the Instagram the Compton native revealed that he was going to be joining Smith in what has since been dubbed “The Big Willie Challenge” and try to lose weight himself. He revealed this while also sharing a picture of him with his shirt up, showing off his abs.

“This is my COVID body. I’m about to start getting my shit together. Going in with @willsmith. Let’s Go!!!!” Dre wrote.

Although his plans are to get in better shape, there is little denying that the position Dre is starting from is not the same as others. Will Smith himself even pointed that out in the comments of the Instagram post, poking fun at how solid he already looks.

“Damn! Your covid body is the rest of our best shape, Dre!” Smith joked.

Dr. Dre Is not the only one who is inspired by Will Smith’s weight loss plans. Other notable celebrities have also joined the bandwagon including fellow actor Anthony Anderson.

Whether it is Dr. Dre, Anthony Anderson, or anyone else, it is impossible to be mad at these people using Will Smith as inspiration to get their fitness and health back on track. This pandemic has been hard on all of us, and the first step in getting back in the right mind frame, is admitting that you had some missteps along the way.