Breaking down recent updates from Hassan Mostafa, Justin Rodriguez, Nick Walker, and Blessing Awodibu A few days out from the 2021 New York Pro 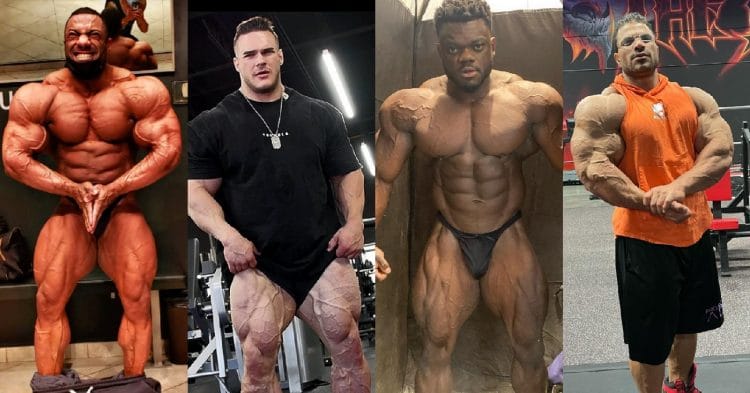 The 2021 New York Pro which will go down this Saturday, May 15th in Tampa Fl, is just around the corner, and the sports time athletes are ready to compete. A few days out from the contest, we take a look at the top athletes in the Open division and see who might come out on top.

As one of the biggest competitions in bodybuilding, the New York Pro has garnered a lot of attention around it. Some of the top athletes in the entire sport are coming out to test their skills and try to earn an invitation to the 2021 Mr. Olympia.

Among the numerous divisions featured in this contest, the most anticipated undoubtedly comes from the Open Division. This is where we will almost certainly see the most hotly contest performances, with one man rising above the rest to secure the victory.

So let’s take a look at who has the best chance of winning the 2021 New York Pro in the Men’s Open division.

Last week, Blessing Awodibu made his pro debut at the Indy Pro, coming in a respectable third place. Many were unhappy with his conditioning and have questioned whether he will be able to bring an improved version of himself within a week’s time. It will be fascinating to see if he has had enough time to transform his physique before competing at the New York Pro. After the Indy Pro, Boogieman vows that he will be ready for the battle at NY Pro.

As popular of an athlete as he is, and as impressive of a physique as he brings, there’s still a lot of room to grow for the young bodybuilding prospect. Time will tell just how far his career will take him, but for now he is surely going to end up in the top 5.

In that aforementioned Indy Pro, Justin Rodriguez was the one who showed up with the most complete package ending up with the victory and an invite to the Olympia. That said, he still plans on competing at the New York Pro and trying to repeat his success from last week.

There were a lot of factors that led to his success at the Indy, so it will be interesting to see how those translate on stage with the other people at the show this weekend. If he brings the same package this weekend, he has major potential to win the show.

The build-up to the 2021 New York Pro has been largely about the beef between Blessing Awodibu and Nick Walker. They have gone back and forth non-stop on social media, and it has revealed that Nick is super motivated and confident in his ability to win at this, his second pro show.

Nick’s chest is a bit of a weak point which his rival Blessing can easily exploit. However, there is little doubt that Nick will bring the massive legs that he is known for, which is a point of contention with Blessing. He easily has the potential to crack the top 3, so keep on the lookout for how he does on Saturday night.

The other person who has the most potential to win the New York Pro is Hassan Mostafa. The updates that he has been providing to his Instagram have shown that he has been putting in the work to make massive improvements ahead of the show. Currently prepping with legend Flex Wheeler and Jose Raymond.

As the weeks of drawing closer, the Egyptian bodybuilder has continued to make gains and look impressive, with a physique that is certainly going to be tough for his rivals to beat. It will be interesting to see who ends up on top by the end of the weekend, but don’t be surprised if it is Hassan.

Be sure to stay tuned to Fitness Volt for coverage and results of the 2021 New York Pro.