The 7-times Mr. Olympia Phil Heath is one of the most muscular men on the planet. He travels the world making a living from his ‘muscles’ as one of today’s THE-BEST professional bodybuilders. From the hard work at the gym to the pressures of competing to maintaining a positive relationship with his family, it’s all part of Phil’s quest to become all time great Mr. Olympia.

Watch this throwback Gifted documentary on the life of Phil Heath and his dream to become the greatest bodybuilder in the world. The film includes behind the scenes footage at the Olympia, gut-wrenching training, interviews with Phil’s family, friends, and bodybuilding community.

Gifted is a documentary for both people that know little to nothing about bodybuilding as well as bodybuilding aficionados, taking them on a journey of one man’s attempt to fulfill his destiny. 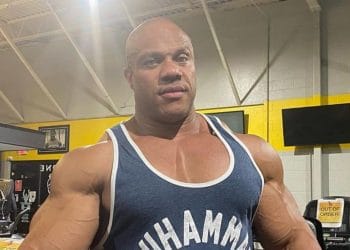