Four-Time Ms. Fitness Olympia Winner Oksana Grishina Reveals Why She Chose To Come Back And Try Winning One More Olympia 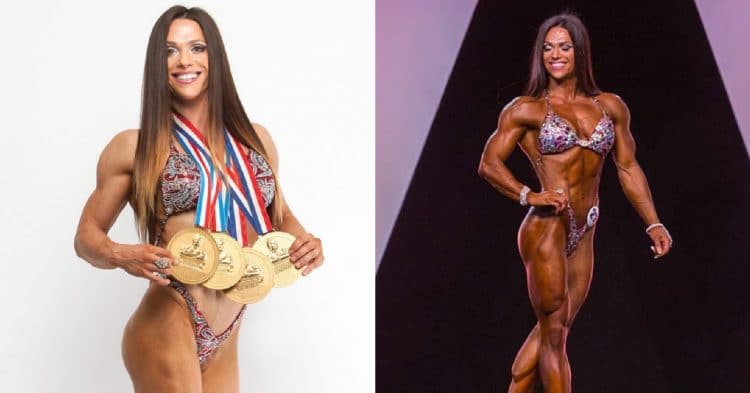 After winning the Ms. Fitness Olympia four times, Oksana Grishina has nothing left to prove. Now she explains why she chose to come out of retirement and try to win one more Olympia.

By the time Grishina decided to retire in 2017, she had already accomplished more than virtually anybody else in the history of the Fitness division. She used her creativity and unique style to capture a mind-blowing ten consecutive wins at the Arnold Classic. Not only that, but these skills translated on the big stage as well, where she won four titles at the Olympia, ultimately deciding to walk announce her retirement on stage after winning the fourth title.

That being said, Oksana Grishina has decided to return to competition for one last run, opting to compete at the upcoming Olympia show. Although a pretty serious injury almost derailed these plans, with the date of the show being pushed back, she was able to recover in time to still compete. However this does not answer the question of why someone with such an extensive resume, who retired on top, decided that she would come back for another run. As she explained in a recent interview her reasoning is simple; she got the creative itch to put together a routine, and felt that what she came up with was good enough to take to the stage again.

“That was actually the reason I was coming back,” she explained. “Because I have something awesome, I think, to share with the audience. I thought maybe this is a good idea. I don’t know, I’m just excited about it, and I think it’s going to be awesome.

“A lot of things come together in one piece, and now it’s getting stronger and stronger, with many ideas. It’s just coming into one piece.”

As far as the likes of Whitney Jones, who is considered to be the biggest rival to Oksana Grishina, she is not too concerned. For the Russian, she just tries to focus on herself, saying that she is her own biggest enemy.

“From the very first year, when I started to compete as a Fitness competitor, it was a fight with (myself), when it comes to the routine. I feel like I saw some new movements that I would love and include in my routine, but the general idea, it’s my own idea. It’s my own babies. We all have different styles, and you can try to copy somebody, but that will not be you. We’re all different, and I think it’s important to just stay true to yourself and bring your own style.”

Oksana Grishina will have a big test ahead of her, in order to win her fifth Fitness Olympia title. However she seems excited to return to the stage, and prepared to give it her all.