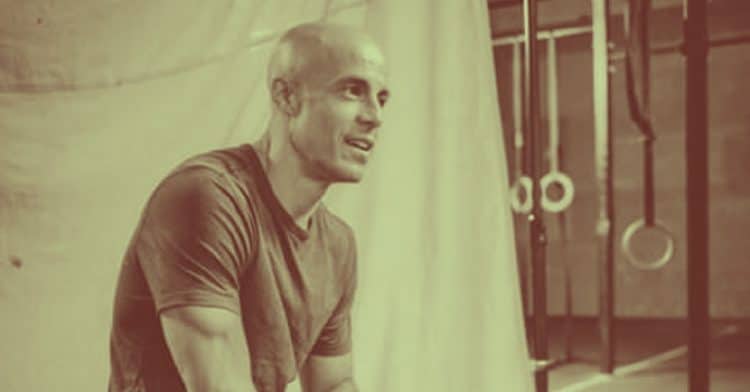 Following blowback from former CEO Greg Glassman, CrossFit is set to be sold to Eric Roza. Now following the announcement, he speaks with the members of the sport, and addresses some of the lingering concerns they may have.

It has been a tumultuous few weeks for CrossFit, as more and more shady situations involving Glassman have occured. Between insensitive remarks about race, and allegations of sexual harassment, he has left many people unhappy with the organization, resulting in athletes boycotting and sponsors ending their partnership. That is why it came as a positive sign when it was revealed that 10-year affiliate owner Eric Roza would be purchasing the company, and taking over as CEO.

Following this massive announcement, Roza sat down with athletes and affiliates owners, over Zoom, to allow them to become acquainted with him. Here they were free to ask questions and address any concerns that they had, with the future owner of the brand. One such concern that was brought up was the reported culture of sexual misconduct that has been brought up as a result of the actions of Glassman and others within the company. Roza addressed these issues head on, saying that he will be working to change the culture in the sport as a whole, improving it for the better.

“Let’s talk a little bit about the culture of CrossFit, like how freaking cool is it? Because it’s the only thing like this that I know of in the world, where you’ve got this brand that is effectively a corporate brand. We hate to say that, but it is a corporate brand. Every time you go in, it’s a slightly different experience, sometimes a radically different one. That’s the coolest thing ever.

“So when we talk about culture, I always think that culture wants to be authentically aligned with the brand. That’s how it works. I love the fact that the culture of different boxes is different, but has some shared commonality. So as box owners we’re all operating around this core set of beliefs.

“I actually have this phrase that I think about; we build healthy communities. They’re communities that are built around being healthy, and it’s just so friggin awesome, and it’s what people get from their church, or a bar they go to, or a local coffee shop, or whatever. This is the first time I’ve seen, outside of sports team, that a community is built around being healthy.”

Roza goes on to explain that he wants the culture that is evident at boxes, where athletes are cheered to finish even if they are last, needs to be translated to business practices. He feels it important to have humility and open to learning to improve the company, and that is what he plans to do. The rest of the call, which you can watch in the video below, has some interesting points, though it is mostly directed at affiliates, but it is good to see where Eric’s priorities are.

What do you think of Eric Roza taking over as CEO and Owner of CrossFit?