No Result
View All Result
Powerlifting Program
Fact Checked
Fact Checked
This article was written by one of our qualified writers, and fact-checked by our experts. The numbers in parentheses (e.g. 1, 2, 3, etc.) throughout the article, are reference links to peer-reviewed studies.
Our team of experts include a board-certified physician, nutritionists, dietitians, certified personal trainers, strength training experts, and exercise specialists.
Read Our Editorial Process

The Ultimate Training Plan That Will Help You Deadlift More! 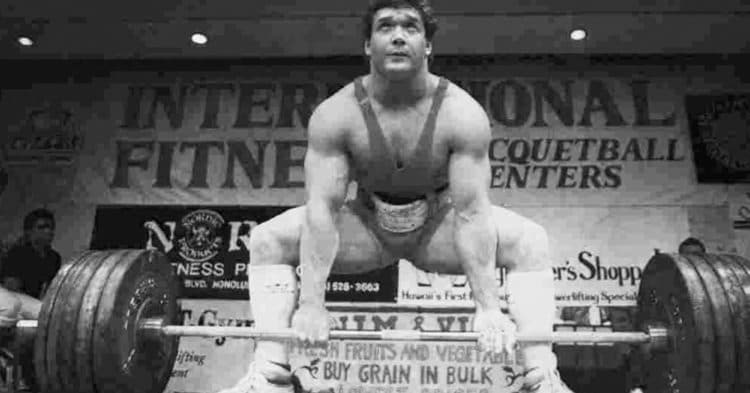 Ed Coan is widely held by many as the greatest powerlifter of all time. During his incredible career, Coan set more than seventy powerlifting world records – that’s right… seventy!

However, Coan is not only talked about as a great athlete. Having competed for many years, Coan then moved into the world of coaching.

His training methods and programs have helped countless powerlifters around the world improve their strength performance.

This article will look at one of his most famous training plans – the Ed Coan Deadlift Routine.

The Origins of The Ed Coan Deadlift Routine

First things, first, be aware that this program was initially designed by Ed Coan for world powerlifting champion, Mark Phillipi. 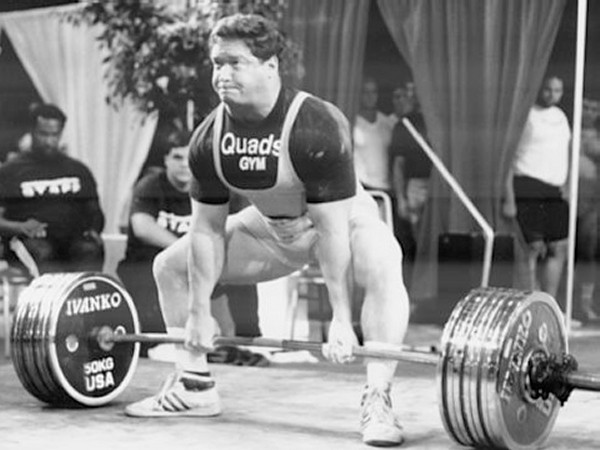 Phillipi was finding it difficult to add more weight to his deadlift which was the impetus for the creation of this program.

By following this ten-week program, designed by Ed Coan, Philippi was able to add 35 pounds to his deadlift.

You too can also experience a significant improvement with your deadlift by sticking to this program.

However, considering that this program was designed for a powerlifting athlete, it is clearly not intended for beginners.  This program is much more suited for intermediate or advanced lifters.

Be under no illusions, this program is tough. In fact, at certain points, you may feel like you are not able to lift the amount of weight being asked of you.

That said, if you are able to stick with the program, you will reap the rewards.

An Overview of the Ed Coan Deadlift Routine

Feel free to use the Ed Coan Deadlift Routine spreadsheet. Simply input your 1RM and goal 1RM and the spreadsheet will automatically create your individualized ten-week training program.

On the face of it, the routine doesn’t look particularly challenging; after all, you only have to deadlift once per week. It can’t be that bad?

However, this routine is to be run in conjunction with another training plan or routine that continues to work on the other lifts – the squat and bench press.

This routine should be started eleven weeks before a meet. This way, you will be in optimal condition for the competition.

The workouts found in the routine focus on the performing working sets and speed set of the deadlift.

It goes without saying but, the working sets involve heavy, near-maximal lifts, whereas the speed sets use lighter loads but greater velocities.

Frequent heavy lifting is key for strength development (1) while speed work can help to refine technique and enhance something known as “rate of force development” (RFD).

As the name suggests, this is simply how quickly the lifter can develop force through muscular contraction. Studies have shown that improving RFD in this way can have a positive impact on strength performance (2).

As any good training plan or routine should, Ed Coan’s Deadlift Routine also includes some accessory work that focuses on building the back and developing pulling power.

Prior to beginning this routine, it is imperative that you assess your strength through one-rep max assessments.

If you’re a seasoned powerlifter you’ll be very familiar with one-rep max tests, however, for those who are not, these assessments simply involve lifting the most weight possible for a single repetition.

The reason why it’s crucial to assess your strength prior to beginning this routine is that each session uses percentages of your one-rep max (1RM) to calculate the optimal amount of weight to use.

For example, let’s say your 1RM result is 440 pounds. In week one, you are required to perform two reps at 75% of your 1RM which would equate to 330 pounds.

In addition to performing the 1RM, you must also determine a goal 1RM that you want to attain by the end of the program.

When setting your goal 1RM, a useful rule of thumb is to add anywhere between twenty to forty pounds to your current 1RM. The average gain from following this program appears to be around the 30-pound mark.

It is important to be realistic here. While being ambitious is fine, being unrealistic will only leave you feeling disappointed and demotivated when you inevitably fail to reach your goal.

Furthermore, your desired max will determine the percentages used in the working sets of each session.

Therefore, if you select an unrealistic goal 1RM, you will struggle to complete the training sessions.

Even worse, attempting to handle a load that is simply too heavy can compromise your technique thus increasing the risk of injuring yourself (3).

The program is simple. It sticks to the traditional principles of strength training in order to develop strength quickly and effectively.

The most important component of an effective strength training routine is progressive overload. This is the process of gradually increasing intensity while reducing the volume over time (4).

As you will see, the program utilizes this approach throughout the ten weeks to help you grow a monstrous deadlift.

During the first four weeks, with each week that passes, the percentages used in both the working and speed sets incrementally increase by 5%.

Beginning with week five, with working sets, the percentage drops back down to 80% to accommodate an increase in training volume with the working sets.

Similarly, with the speed sets, the percentage used reverts back to 65%, however, rather than increasing the volume as with the working sets, instead, it is reduced to three sets of three reps.

For the working sets, from week six through to week ten, the percentages used gradually increase while total training volume reduces. This is done to optimize strength development.

As with the first four weeks, the percentages for working sets increase by 5% week to week. This means that by the time you reach week 10, you will attempt your goal 1RM for the deadlift.

For speed sets, the percentages gradually increase and eventually peak at 75% during week seven.

Beyond this point, the percentage and total volume incrementally reduce to accommodate for the heavy working sets.

At any point during the program, should you fail a week, it is recommended that you stick to the program and look to push on regardless.

However, if you prefer, you can repeat the failed week. If you choose to do this, you will finish the program later than expected and will need to add an additional week to the program.

A number of training programs allow the lifter to perform their own accessory work. However, this is not the case with the Ed Coan routine.

In fact, there is a very specific accessory program that must be performed alongside the deadlift work.

There are four exercises to work through – the straight leg deadlift, bent rows, underhand lat pulldown, and good morning. A power shrug is introduced later on in the program.

Be aware that Coan has not prescribed percentages to use with each of these exercises (with the exception of the power shrug). However, if you are looking to use percentages, 60% is a useful starting point.

The accessory work in the program can be broken down into multiple blocks.

During the first block (week one to four), the accessory work is to be performed in the form of a circuit.

These exercises are carried over into the consequent weeks, however, they are no longer to be performed as a circuit, rather straight sets.

Be aware that power shrugs are added to the accessory work at week five and they will be performed each week until the end of week nine.

For the power shrugs, you will be given a percentage to use that is based on your pre-program deadlift 1RM result.

The accessory work performed during the following weeks looks like this…

As you move into weeks seven and eight, total volume decreases in conjunction with the speed sets. The percentage used in the power shrugs increases by 5% each week.

Finally, week nine follows the trend and sees an even more substantial reduction in training volume. In this week, you are only to perform two accessories.

The percentage used in the shrug remains unchanged from week eight.

As mentioned, accessory work is only to be completed up to the end of week nine. No additional work is required in week ten.

If you’ve hit a plateau with your deadlift and are finding that you’re becoming more and more frustrated with your training, consider the Ed Coan Deadlift Routine. If it worked for a world champion like Mark Phillipi, it can work for you too.

Make no mistake, however, this is a highly demanding program that will push you both mentally and physically. If you can stick with it, there is no doubt you will begin to see your deadlift numbers begin to rise once again.