Banned CrossFit athlete, Ricky Garard claimed he would have earned the fifth-place position on the leaderboard in these games. 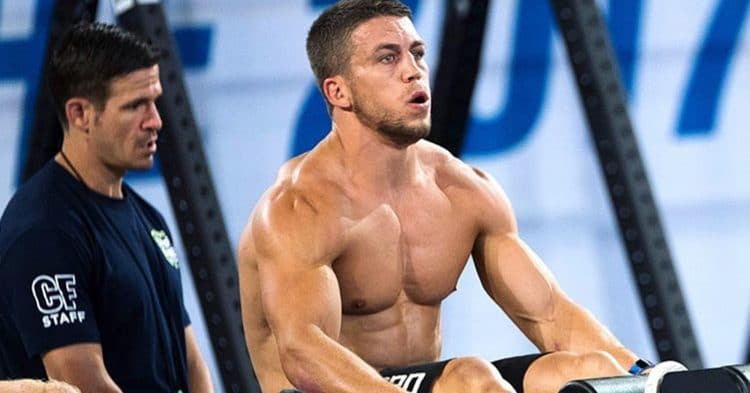 At the conclusion of the 2017 CrossFit Games, Australian competitor, Ricky Garard was stripped, on the podium, of his third-place finish after a positive PED (performance-enhancing drugs) test. Subsequently, he was also banned for four years, including the 2020 Games, which wrapped up stage 1 of events this past Sunday.

Ricky Garard issued an unofficial challenge to Mat Fraser via social media and followed this challenge by posting his times, along with his thoughts about this year’s games.

“You wait for me **** I’m coming” @mathewfras In more polite words when I’m not so fired up, please don’t retire, I want to compete against the best again 🙏🏼👑 @crossfitgames @thedavecastro

In the challenge, Ricky Garard made it clear that he knew his attempts were unofficial, with no judge flying out to provide the required briefing. He also stated that he had the upper hand since he knew the other competitor’s scores before starting the events. For the competition, Garard tried to mimic the official competition environment, time constraints, and standards, over two days.

He went on by issuing congratulations to all the athletes who were competing in the 2020 CrossFit Games, particularly the top five that made the cut and are heading to the Ranch to determine the “Fittest” for 2020.

On Day 1, the unofficial times achieved by Garard was 181 points, which resulted in 17th place, and on Day 2, he racked up 441 points, which would have qualified him for fifth place.

According to Ricky Garard’s Instagram post, he was thankful for the opportunity to simulate the events. He believed this would help him prepare for the next games he would be qualified to participate in, which will occur in 2022. While he understands he still has a lot of work and training to put in, he made it clear he is excited for what’s to come.

The Dubai CrossFit Championship (DCC) is back in the United Arab Emirates and will take place between December 16th-18th. CrossFit...