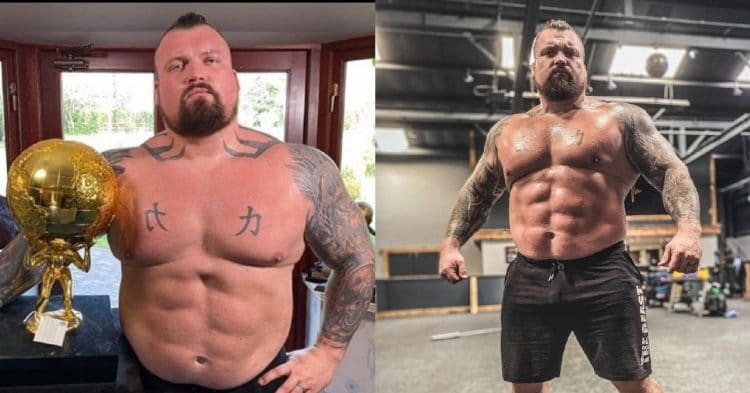 With the 2020 World’s Strongest Man event hopefully coming up soon, everyone is excited to see who ends up on top. As for Eddie Hall, he thinks he knows who will walk away as champion this year.

As the winner of the 2017 World’s Strongest Man, Hall is looked at as someone with a lot of knowledge of the inner workings of the sport. Even now, as he is transitioning to a seemingly temporary career in boxing, he is still tuned in to the world of strongman. This has left him being something of a role model in the sport, with an opinion that many people respect and appreciate.

This insight from Eddie Hall was called upon recently, when he did a Q&A on his YouTube channel. In between exercises he took time to answer some questions, and this is when someone asked him what he thought was going to happen at this year’s WSM. After acknowledging the fact that there’s a strong change the event does not happen, he gives his breakdown on who the top 4 will be, if it does take place.

“Don’t know the events yet, so honestly I’m just p—ing in the wind here, because we don’t know the events,” Eddie Hall continued. “But let’s try to gauge it off of last year. So last year’s we had a squat, we had a deadlift hold. So there’ll be no hold, which means there will be a deadlift for reps or a deadlift Max. I would say Brian would win that. Atlas stones, Brian will win that. I think there’s going to be a throwing event, Brian will win that. Truck pull, Mateusz then Brian. There will be some sort of medley, which is where Brian loses the points sometimes. So I’m going to say that Brian gets 4th on that one.

What do you think of this analysis from Eddie Hall?