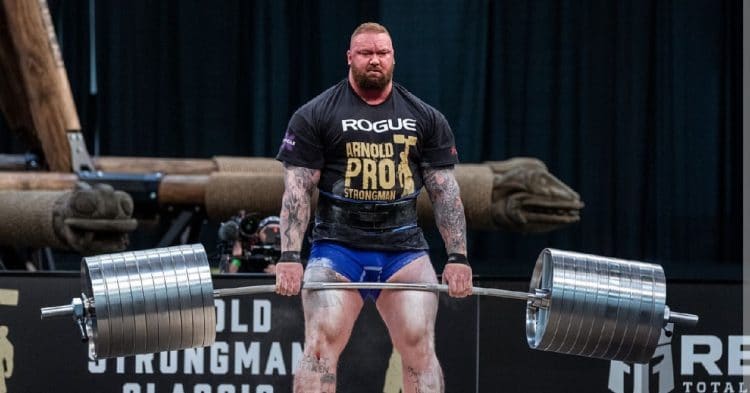 Hafthor Bjornsson is attempting his world record deadlift this weekend! This is how to watch all the action live, from your TV or online.

Bjornsson has been making quite a buzz in the sports world, for his attempt to hit a 501kg deadlift. It is something he has been working towards for a while, but it has been met with some pushback from the strongman community. Many of Thor’s contemporaries have spoken out against the lift, saying that it does not count if it is not in competition.

Despite these criticisms, Hafthor Bjornsson will be attempting the 501kg deadlift, (if not heavier), this Saturday. However, he has done what he can to legitimize the process, bringing in an official to regulate the attempt. In addition to that, it was revealed the entire thing would be streamed live on ESPN, for the world to see.

Hafthor Bjornsson will have his world record attempt streamed on ESPN8: The Ocho, the channel that used to be ESPN 2. The airing will commence on May 2nd, starting at 12pm EST (5pm GMT). This is in accordance with the broadcast partnership ESPN has with the World’s Ultimate Strongman, where Bjornsson was originally going to attempt the lift.

Regardless of your feelings on the legitimacy of the world record, Hafthor Bjornsson is attempting, it is going to be exciting to see. It will officially count as a record if he can pull it off, and he will officially etch his name into the history books.