Olympic weightlifter representing the UK, Emily Campbell comes to the defense of trans weightlifter Laurel Hubbard and her inclusion in the Tokyo Games 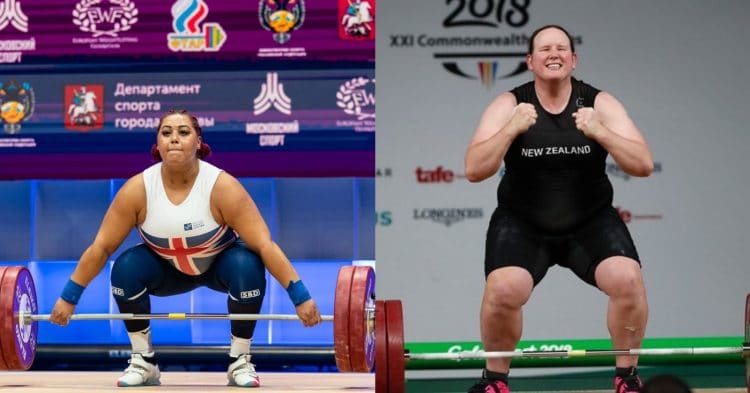 Since news broke that transgender weightlifter Laurel Hubbard would be representing New Zealand at the Tokyo Olympics, most of her fellow athletes have come out against the idea. However British weightlifter Emily Campbell has actually come to her defense, and is ready to compete against her.

Campbell will be competing against Hubbard at the upcoming Tokyo Games, taking part in the +90kg division as well. She is a veteran weightlifter with experience earning bronze at the Commonwealth Games in 2018.

While most people are resistant to the idea of Laurel Hubbard competing as a trans athlete, this does not faze Emily. Speaking in a recent interview, she actually defended Laurel, saying that she is focused on her own skills, and that people need to remember that Hubbard has feelings too.

“She’s a human being and she has feelings and she’s qualified for this competition fairly like everyone else. The IOC have rules we all have to abide by. The only person’s performance that I can control is my one,” Campbell said.

‘I’ve got to make sure I’m completely in control of that and I go out in the best shape I can and have no excuses.”

Campbell went on to discuss in a separate interview, how she feels that women do not have to sacrifice their femininity to be successful weightlifters. More to the point, she says that Hubbard has worked hard to get to where she is, and deserves respect.

In Emily’s mind, so long as Laurel is abiding by the rules and regulations set up by the International Olympic Committee, there is no cause for alarm. After all, by following the rules, she has just as much of a right to compete as anyone.

“She (Hubbard) is a human being and she has qualified for this competition fairly like everyone else has, following rules that we all have to abide by,” Campbell said.

“My performance will give me the place I achieve on the day. You have to be a great sportsman in this game, you have to perform in the way you can and give everyone equal respect.

“Obviously there will be a lot of distractions but you’ve got to keep your head in the game,” Campbell added. “The only person’s performance I can control is my own, so I have to make sure I’m completely in control of that.”

With so much hate and vitriol being directed towards Laurel Hubbard, it is nice to see the other side of it coming from a fellow athlete like Emily Campbell. She seems to want Laurel to have an equal opportunity, which is something that is hard to be mad at.

In the end, like it or not, Laurel will be competing at the Tokyo Games. The way this goes will seemingly set the tone for how trans athletes are handled in the Olympics, moving forward.