A few short days after competing in her second NPC Wellness competition, Gabrielle Santarosa hit a new high with her deadlift in the gym 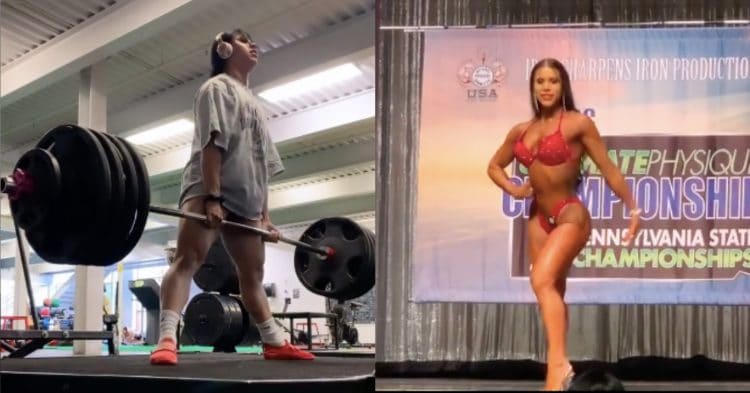 24-year old powerlifter Gabrielle Santarosa is a young lady of many talents. She recently hit a massive deadlift in the training room, a mere days after competing in her second NPC Wellness competition.

Santarosa is one of the most promising young powerlifters competing in the world today. She has shown some impressive skills over the span of her short career, making her one of the most intriguing 67.5kg lifters going right now.

She recently hit a new high in her training, as seen with a recent post to her Instagram. Here the young athlete can be seen, scoring an enormous 445lb deadlift, and even though she does not say as much, it appears to be a personal record.

There are a lot of reasons to be impressed by this lift by Gabrielle Santarosa. First and foremost, while she does not reveal her bodyweight in this training session, this lift exceeds the best deadlift she has done in competition, showing her solid path of growth.

Aside from that, this lift came just a few days after Gab competed in her second bodybuilding contest. She made her NPC debut in the Wellness Division, at the 2021 NPC Lehigh Valley Championships coming in second place in May, before competing again at the 2021 NPC Ultimate Physique Championships on June 6th.

This contest saw Santarosa come in first place, walking away with four trophies in various classes within the division. She then turned around a few weeks later and scored this massive deadlift as she gears up to return to the world of powerlifting to compete again.

Gabrielle Santarosa is not the first athlete to compete in both bodybuilding and powerlifting, but she seems to be super skilled and talented in both sports. This bodybuilding show was on an NPC amateur level, so it will be interesting to see if she makes the move to IFBB Pro competition in the near future.

As for her powerlifting career, Gab has a ton of potential to achieve greatness, having already come in first in all four contests that she has competed in. She looks to get back to the platform in about three weeks, and it will be exciting to see how her progress translates to competition.